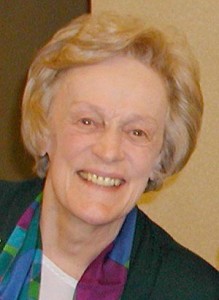 Well before the feminist movement took hold in the 1970s, Jean Baker Miller, a psychiatrist and psychoanalyst, was pondering the role of women in modern society, questioning why so many of her patients were developing aches and pains for which medicine had no answer.

“As they talked about how much of their lives was spent meeting the needs of others,” she told the Globe in 1981, “the women I met as friends when our children were young expressed the same doubts about their own self-worth as the patients. In general, women seemed to feel there must be something wrong with us.”

Dr. Miller, a practicing psychiatrist for almost 50 years, set out to prove there was nothing wrong with women, but rather with the way modern culture viewed them.

Her groundbreaking 1976 book, Toward a New Psychology of Women, was a bestseller in the fields of psychology and women’s studies. In it, Dr. Miller, a social activist as well as a feminist, examines dominant and subordinate roles in relationships between men and women and draws a similar comparison in societal and global interactions.

Dr. Miller, founding director of the Jean Baker Miller Training Institute at Wellesley Centers for Women at Wellesley College, died after suffering from post-polio syndrome and a 13-year struggle with emphysema. She was 78.

“Jean was always concerned about injustice and inequalities among people,” said her husband, M.S. “Mike” Miller, former chairman of the sociology department at Boston University. “She felt that if people built connections among themselves, there would be concern for one another and that if they tried to do things together, to build rather than isolate, that this would lead to a larger social change.”

Judith Jordan, who became director of the institute when Dr. Miller stepped down six months ago, said yesterday that the main contribution of Dr. Miller’s book “was to take what were then seen as weaknesses of women and show us the ways in which they were actually strengths and essential to the well-being of all people.”

“I would say that although Jean worked primarily in the field of psychiatry, her real passion was for shifting the world in the direction of more social justice and social change,” she said.

As former director of the Stone Center for Developmental Services at Wellesley College, she said in a 1984 Globe story that what was considered a female trait of caring about relationships was “the human characteristic most needed at this time … in this day of nuclear threat, even connected to the survival of us all.”

—By Gloria Negri, Courtesy of the Boston Globe