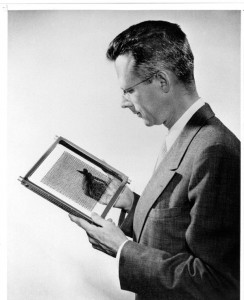 Jay Wright Forrester (born 14 July 1918) is an American pioneer of computer engineering. He created the first animation in the history of computer graphics, a “jumping ball” on an oscilloscope.

Forrester later met with the Club of Rome to discuss issues surrounding global sustainability and what followed was the book World Dynamics. World Dynamics took on modeling the complex interactions of the world economy, population and ecology.

Forrester has made numerous other contributions to the field of System Dynamics and continues today promoting System Dynamics in education. He received the IEEE Computer Pioneer Award in 1982 and is currently Germeshausen Professor and Senior Lecturer at the MIT Sloan School of Management.