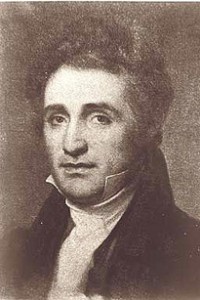 Jared Sparks was born May 10, 1789, in Willington, Connecticut, of humble parentage. Till his twentieth year his entire school life amounted to forty months, but, nevertheless, he was at that time found competent to take charge of a district school near his native place. He was by trade a carpenter, but, being eager of education, he put himself under the tuition of the Rev. Hubbell Loomis, the minister of Willington, and as payment for tuition shingled the minister’s barn. Mr. Loomis subsequently became the first president of Shurtleff College in Alton, Illinois, and to his helpfulness Mr. Sparks always held himself much indebted. A neighboring minister, the Rev. Abiel Abbot, of Coventry, Conn., making a morning call on Mr. Loomis, was told of the remarkable young carpenter then at work on the barn. Mr. Abbot saw at once that the carpenter had the making of a scholar, and wrote to his cousin and brother-in-law, Dr. Benjamin Abbot, master of Phillips Exeter Academy, to bespeak for Sparks a place on the beneficiary list of the academy. The application was successful, and at the beginning of the next term Sparks made his appearance at Exeter, having walked the entire distance from Willington, one hundred and twenty miles, in four days. His worldly goods, packed in a small trunk, were carried to Exeter by Mr. Abbot appended to the axle of his chaise.

In 1811 Sparks entered Harvard College, and his record there bears testimony at once to unusually robust health, to strength of purpose, and to the vigorous mental fiber that made him master of his opportunities. Graduating in 1815, he became tutor to the sons of the Rev. Nathaniel Thayer, of Lancaster, and under the direction of that famous minister began his studies for the ministry, with his wonted industry doing double work. He remained at Lancaster till 1817, when he was called to Cambridge as tutor in mathematics. This office he resigned early in his second year to accept the invitation to become the first minister of the Unitarian church in Baltimore.

Mr. Sparks’s Baltimore pastorate lasted a little more than four years, and during part of the time he acted as chaplain of the House of Representatives at Washington. His parish multiplied and prospered under his ministry, and his name is a cherished tradition in Baltimore to a generation that never saw his face. He conducted in Baltimore a monthly periodical entitled The Unitarian Miscellany, and published several controversial writings in defense of the theological position of his society. He also entered into negotiations for the purchase of the North American Review, of which he assumed the editorship on his return to Boston in 1824. In the six years during which he had charge of the magazine he doubled its estimated pecuniary value. From 1824 till his death in 1866 Mr. Sparks made his home chiefly in Cambridge, with several prolonged periods of European travel. A list of the fruits of Mr. Sparks’s literary labor would require a much longer memoir than the present limits of space permit. Suffice it to say that the life and writings of Washington in twelve volumes, and of Franklin in ten volumes, are but a small part of his contributions to American history and biography. In 1838 he was chosen Professor of Ancient and Modern History in Harvard University, and in 1849 succeeded Edward Everett as president—an office which he held for four years.

Mr. Sparks was a man of immense industry and power of work. He was rigidly exact and thorough in all matters of business and firm in all matters in which principle was involved. The last years of his life were spent in the enjoyment of books and friends and society, and rounded out a singularly happy and fortunate career. 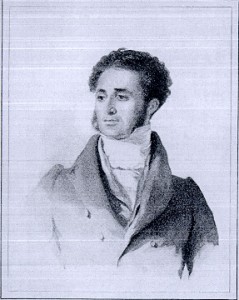 Jared Sparks was born to Joseph Sparks and Elinor (Orcut) Sparks on May 10, 1789, in Willington, Connecticut. Sparks was one of nine children and came from a family of modest means. When he turned six years old, Sparks went to live with an aunt and uncle in Camden, New York, to help relieve the family of a mouth to feed. Although Sparks was a bright and intelligent young boy, there was little time for schooling with his relatives, and in 1805 he returned to his parents.

Sparks displayed an interest in literary and historical pursuits in grammar school, becoming known as the “genius.” Interested in astronomy, in 1807, Sparks observed a comet with a homemade cross-staff. At 18 he worked as a journeyman carpenter and school teacher. His study of mathematics and Latin began at the age of 20. With the aid of a local pastor, Sparks obtained a scholarship to the Phillips Exeter Academy. At Exeter, Sparks wrote articles on education and astronomy for the local newspaper. In 1811, Sparks was admitted to Harvard University. He dropped out of college in 1812 for financial reasons and tutored a family in Havre de Grace, Maryland, where he witnessed a British naval bombardment during the War of 1812. Sparks later published an account of this event in the North American Review. Returning to Harvard University, Sparks (A.B. 1815) became a leader in his class. He won the Bowdoin prize with an essay on Isaac Newton, joined the Phi Beta Kappa, and delivered a commencement part at graduation. From 1817 to 1819, while studying at the Harvard Divinity School, Sparks served as a tutor of geometry, astronomy, and natural history.

After leaving Harvard University, Sparks became a minister at the First Independent Church (Unitarian) in Baltimore, Maryland, an occasion noteworthy because here William Ellery Channing delivered his address on Unitarian Christianity. For one year Sparks was the chaplain of the United States Congress. He was a popular preacher and was invited to speak throughout the southern United States. Nevertheless, Sparks, whose feelings for the ministry were at best lukewarm, resigned his position in April 1823. He returned to Cambridge, Massachusetts, and embarked on a new career as the owner and editor of the North American Review.

Returning to Boston in 1823, Sparks’s literary career blossomed over the next decade. Under Sparks’s leadership, the North American Review became the leading literary journal in the United States, comparing favorably with its French and English counterparts. Its articles were noted for their high quality and range, both geographical and intellectual.

Sparks’s literary talents began to be recognized with the publication of The Life of John Ledyard (1828). In 1827, Sparks began what was to become his greatest effort, the publication of the writings of George Washington. Assembling material for this work, Sparks started searching for primary source material at Washington’s home at Mount Vernon, Virginia, and also at other public and private archives around the country. Moreover, he interviewed and questioned survivors of the American Revolution and visited and mapped historic Revolutionary War sites. The first of twelve volumes of The Writings of George Washington appeared in 1834 and the last in 1837.

Sparks became a pioneer in the collecting of manuscript material and argued in an important groundbreaking essay in the North American Review that before the history of the United States could be written, the historical manuscripts and archives of the nation had to be assembled and made more accessible. Over the next several years Sparks wrote and published several multivolume works including, The Life of Governeur Morris (1832), The Works of Benjamin Franklin (1836-1840), and The Library of American Biography (1834-1838). To gather materials for The Diplomatic Correspondence of the American Revolution (1829-1830), Sparks became the first American historian to travel to Europe and investigate foreign primary source documents.

Spark was instrumental to the systematic collection and saving of historical documents from the Revolutionary War era. His efforts were a boon to students and historians for the next fifty years. He also judged his audience correctly, for Sparks’s books sold well and turned a handsome profit.

Despite Sparks’s efforts he was not free from criticism. His critics noted that he edited original documents freely, corrected spellings and capitalization, and undertook to improve his subject’s English grammar. Holding an American Romantic historian viewpoint, Sparks was inclined to portray his subjects without blemish and in a favorable light. Therefore, in order to avoid offense or embarrassment, Sparks freely edited the letters of historical figures before publication. It should be noted, however, that Sparks was following the common practice of the historians of his day and that the American public had no desire to see their heroes revealed or exposed in a negative fashion.

In 1838, Sparks returned to Harvard University as the McLean Professor of Ancient and Modern History. His first course on American history began in March 1839. Teaching until 1849, Sparks was an innovator in the classroom. He abandoned the method of recitation based on set textbooks for advanced classes and instructed his students with lectures, assigned readings and essays.

On February 1, 1849, Sparks was elected President of Harvard University. Although Sparks’s election was welcomed by both the student body and Harvard community, he was unhappy as president, and his administration was short-lived. Tired of petty disciplinary duties and clerical responsibilities, Sparks resigned his position on February 10, 1853, to continue pursuing his literary interests.

In his short administration, Sparks was able to arrange and reclassify the early records of Harvard University. Ironically, Sparks himself is indirectly responsible for the existence of this very document describing his papers.

Sparks spent his last years in Cambridge, Massachusetts, living quietly and advising students and young historians. He continued to collect manuscript material and published the Correspondence of the American Revolution, Being Letters of Eminent Men to George Washington in 1853. In 1857, Sparks traveled to Europe visiting various museums, historical sites, and archives. Sparks died of pneumonia on March 14, 1866.

Although Sparks’s writings cannot be regarded as definitive because of his editorial methods, he was nevertheless, a pioneer in documentary editing. Moreover, he was instrumental in introducing the American public to a new conception of their history and providing a host of future writers and historians access to documents that, without his efforts, would have been lost.

A Solitary Female at Harvard?
A Letter to Sarah Pellet from Jared Sparks

Your letter, making inquiry whether you could be admitted into this University upon presenting the proper credentials of character and scholarship, was duly received. I am not aware that any law exists touching this point, and, as it is a novel case, it would be decided by a vote of the Corporation.

As the institution was founded, however, for the education of young men, and all its departments arranged for that purpose only, and its rules, regulations, and internal organization, discipline, and system of teaching designed for that end, I should doubt whether a solitary female, mingling as she must do promiscuously with so large a number of the other sex, would find her situation either agreeable or advantageous. Indeed, I should be unwilling to advise any one to make such an experiment, and upon reflection I believe you will be convinced of its inexpediency.

It may be a misfortunate, that an enlightened public opinion has not led to the establishment of Colleges of the higher order for the education of females, and the time may come when their claims will be more justly valued, and when a wider intelligence and a more liberal spirit will provide for this deficiency.

(Editorial Note: In 2006 Harvard College, for the third year in a row, admitted more female than male students.) 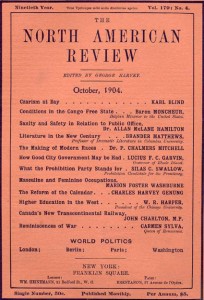 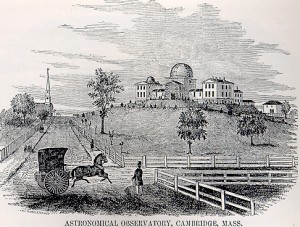 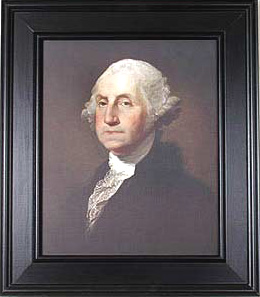 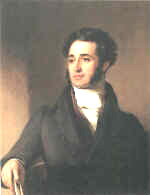