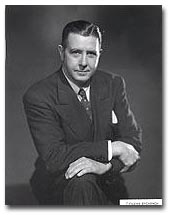 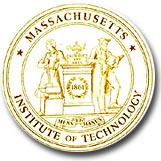 Through more than half a century of exemplary dedication to M.I.T., Jim Killian demonstrated rare qualities of mind and spirit. In the most critical times his perspective was invaluable in understanding and strengthening the role of technology in modern society. He initiated the postwar evolution of M.I.T. to what he called “a university polarized around science, engineering, and the arts,” a vision that gave a humanistic sensitivity to its role as a foremost institution of science and technology.

Throughout an association spanning more than sixty years, Dr. Killian’s contributions to M.I.T. were enormous. His deep understanding of its goals and his wise judgment have left a mark upon the Institute that will never be forgotten. A man of enviable erudition, Jim Killian possessed as well a natural eloquence and charm, a warm and gracious manner, and a gentle, wry humor that was never unkind. All these gifts he put to use in the service of M.I.T. 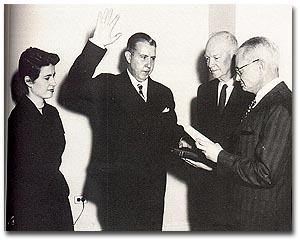 As President Eisenhower watched, Killian was sworn in by Sherman Adams, assistant to the President. Mrs. Killian was unable to attend the ceremony so his daughter, Carolyn — Mrs. Paul Staley — was with him.

At times of contention he was peerless in the easing of tensions, the resolving of differences, and the achievement of consensus, which makes advance possible. Ever steadfast and courageous, he spoke out at times when it might have been easier to remain silent, and his words were always thoughtful, reasonable, and persuasive. Shortly after his inauguration in 1949, he defended academic freedom when it was under attack with words that can still instruct us today:

“[The] Faculty, as long as its members abide by the law and maintain the dignity of their profession, must be free to inquire, to challenge, and to doubt in their search for what is true and good. They must be free to examine controversial matters, to reach conclusions of their own, to criticize and be criticized. Only through such unqualified freedom of thought and investigation can an educational institution, especially one dealing with science, perform its function of seeking truth.” 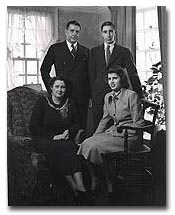 Killian at his Wellesley Hills home with Mrs. Killian, their son Rhyne, and daughter Carolyn. Courtesy of the Boston Public Library Print Department.

As President and as Chairman of the Corporation, Dr. Killian was a strong supporter of the arts at M.I.T., believing “that the modern research university offers unique opportunities to cultivate many new integrations between the liberal arts and the sciences.” He also encouraged M.I.T.’s movement into the field of digital computers and information-processing at a time when the impact that such activities ultimately would have on society was only dimly perceived.

During the period of Dr. Killian’s presidency, M.I.T.’s annual operations increased almost threefold. These were the years when the School of Humanities and Social Studies was added as well as the Sloan School of Management and the Center for International Studies. It was also during his presidency that the Lincoln Laboratory, where the nation’s first air defense system would later be developed, was established in 1951.

Under Dr. Killian’s guidance the campus was substantially transformed, for it was during his administration that Hayden Library was completed, that Baker House was built, and that Eero Saarinen designed Kresge Auditorium and the Chapel. The Chapel, shared by all denominations, was a special source of pride and pleasure for Jim, although in its day the design was considered very controversial. Perhaps that is why its later acclaim pleased him so much. 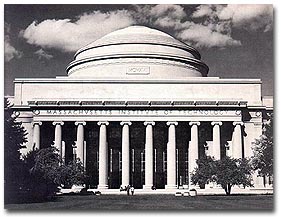 The Massachusetts Institute of Technology, where Killian was President.

As Chairman of the Corporation, he organized and carried to successful conclusion the Second Century Campaign for new financial resources. Starting in 1960 with an initial goal of $66 million, this fund-raising drive achieved a total of $98 million by its conclusion in 1963. When he undertook the presidency in 1949, annual giving at M.I.T. was under $3 million. When he completed his term as Chairman in 1971, giving was at an annual rate of more than $22 million.

Dr. Killian’s commitment to public service was equally impressive. During the 1950’s he served President Eisenhower in evaluating national technological and intelligence capabilities, and, as Presidential Science Adviser from 1957 to 1959, Dr. Killian put into place strong mechanisms for providing U.S. presidents with the best scientific advice the nation had to offer. Although he was not a scientist himself, Jim Killian always had a rare and special understanding of what it means to be a scientist and it was because of this valuable insight that he was such a great leader of scientists.

James R. Killian, Jr., presented a lectureship to Sir Winston Churchill when he spoke at the Mid-Century Convocation (MIT has never given an honorary degree and decided not to break with precedent in this case.). Behind Churchill are, left to right, Karl T. Compton, John E. Burchard, and Governor Paul A. Dever.

It was also during these Washington years that Dr. Killian brought into being official national concern for arms control and disarmament, soundly grounded on realistic scientific principles and knowledge.

In the 1960’s Dr. Killian was chairman of the Carnegie Corporation’s study of educational television in the United States and was the principal author of its report. That report led to the establishment by Congress, at Dr. Killian’s urging, of the publicly financed Corporation for Public Broadcasting, which he served as a director for six years, including one year as chairman. He later received two George Foster Peabody Awards for his substantial achievements on behalf of public broadcasting. 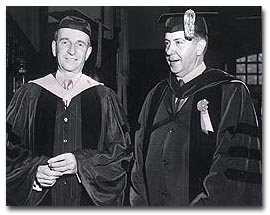 His skills were widely sought, and over the years he served as adviser, trustee, or director for such disparate organizations as the Alfred P. Sloan Foundation, Mount Holyoke College Churchill College, the Boston Museum of Fine Arts, AT&T, Cabot Corporation, General Motors, IBM, Ingersoll-Rand, and Polaroid. His public honors were many and included 39 honorary degrees.

Jim Killian was a skilled and talented writer, and we are fortunate that his legacy to us includes two excellent personal memoirs, Sputnik, Scientists, and Eisenhower and The Education of a College President, and many memorable speeches.

Among the writings that he particularly admired were those of the nineteenth century England novelist, George Meredith. Jim often recalled a line from Meredith’s novel, Vittoria, expressing a philosophy he shared: “Life is but a little holding lent to do a mighty labor.”

For Faith and Freedom 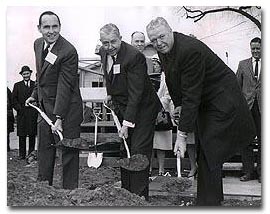 In expressing his free faith through cooperative action, James Killian served as chairman of the Standing Committee of the Unitarian Church in Wellesley MA, member of the Board of Directors and Moderator of the American Unitarian Association, and honorary cochair of Cambridge Forum national radio and television public affairs broadcasts. In affirming his faith he declared:

“I find in Unitarianism the freedom and stimulus to seek a lofty sense of the meaning of life. The important thing is to build a faith in a divine power or principle larger and beyond oneself. For me, Unitarianism contributes most effectively toward this objective.”

Killian, James R., Jr. The Education of a College President: A Memoir

Wylie, Francis E. M.I.T. in Perspective: A Pictorial History of the Massachusetts Institute of Technology