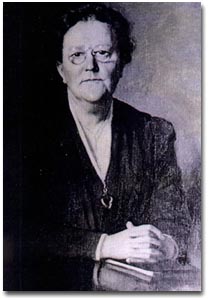 She was born in Milwaukee, the third of four children of Colbert Cannon, an official of the Great Northern Railroad and his wife, Wilma, who died when Ida was four. She attended St. Paul High School before beginning her nursing education at the City and County Hospital in St. Paul. After working as a nurse for two years, she began studies in sociology at the University of Minnesota. It was there that Cannon heard a lecture given by Jane Addams about the living conditions of the poor that would change her life. Her three subsequent years as a visiting nurse for the St. Paul Associated Charities deepened her understanding of the connections between poverty, occupation and disease.

Realizing the need for an education in social work to add to her training and experience as a nurse, Cannon enrolled in the Boston (Simmons) School of Social Work. Needing a place to stay during her studies, she moved into the Cambridge household of her brother, Walter Cannon, and his family. It was a home in which she would remain for the rest of her life, greatly enjoying her relationships with her brother, his wife and their children. Walter Cannon may have been his sister’s original inspiration to study medicine. He had attended Harvard Medical School when Ida was a child and went on to become a world-renowned physiologist. It was through her brother, Walter, that Cannon met Richard Clark Cabot, who was developing a program in hospital social services at Massachusetts General Hospital. This was to be the first organized social work department in a hospital in United States history.

Ida Cannon began work in the social services department as a volunteer and soon became the department’s head worker. The department operated as part of the hospital’s outpatient clinic, dealing with health and social issues as varied as unmarried pregnant women and girls, children with orthopedic problems, tuberculosis, and venereal disease. Patients at the clinic were often poor immigrants who spoke little or no English. Cannon struggled to ensure that they understood the nature of their illnesses and prescriptions. With Cabot, Cannon systematically studied patients presenting industrial diseases in Massachusetts General Hospital. In 1915, Cannon was made chief of the Social Service Department, a position she would hold for thirty years until she retired in 1945. The outstanding success of the social service department brought about its integration into the inpatient services of Massachusetts General Hospital.

Ida Cannon’s work at Massachusetts General Hospital constituted only a fraction of her professional commitments. Determined that medical social work departments exist in every hospital, Cannon traveled around the country giving speeches and meeting hospital directors and staff.

Cannon authored the seminal text of the medical social work field. Social Work in Hospitals: A Contribution to Progressive Medicine became the first comprehensive analysis of the development and principles of the field. She produced a comprehensive report on her survey of New York City’s social service organizations and needs.

She helped to establish the American Association of Hospital Social Workers and served as president from 1920 to 1922. Cannon represented her profession as a delegate to the White House Conference on Child Health and Protection in 1930 and 1931. She declared in her deeds and words that there should be within the hospital someone definitely assigned to represent the patient’s point of view and to work out with the physician an adaptation of the medical treatment in the light of the patient’s social condition.

In her desire to share her experience of medical social work, Ida traveled extensively. During the 1930s she presented a paper at the International Conference on Social Work in Frankfurt, Germany and also attended the third International Conference in London. International visitors came to learn at the Massachusetts General Hospital Social Service Department. Her leadership was likewise evident in her preparing others for leadership in Chicago and Saint Louis as well as with the U.S. Children’s Bureau and in relation to other nations, including China and Japan. 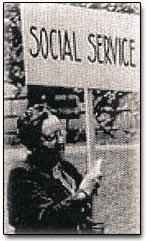 In 1938 social workers first began to include social summaries in medical records. Beginning during World War II and growing thereafter were weekly conferences between social workers and physicians and nurses. Her speaking and writing for publication continued to strengthen the development of social work as a profession. The social aspects of illness were recognized in ways which fostered teamwork in patient care. Ida Cannon created a durable model of social work which has spread throughout the world.

Ida Cannon lived until the age of 80 when a stroke made it necessary for her to be cared for in a nursing home in Watertown, Massachusetts. She died there three years later. She was remembered by friends and loved ones for her extraordinary warmth and generosity of spirit.