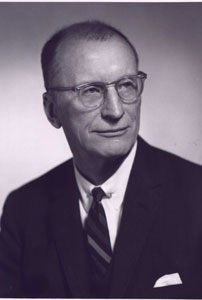 Hudson Hoagland was a physiologist who, for his use of science as an instrument for humanitarian advance, received the Modern Medicine Award in 1965 and the Worcester Engineering Society Award in 1969. His publications include The Road to Yesterday (1974) and Reflections on Science and Human Affairs (1974). He was one of the founders of the Worcester Foundation for Experimental Biology and served as its leader from 1944 to 1967. He was also president of the American Academy of Arts and Sciences for several years.