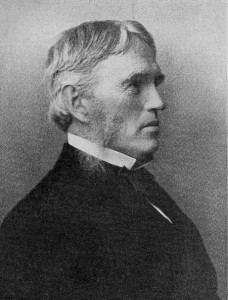 Horatio Stebbins was born in the South Parish of Wilbraham, Massachusetts, now Hampden, on the 8th of August, 1821, and died in Cambridge, Massachusetts, April 8, 1902. He was the son of Calvin and Amelia Adams Stebbins; and, though he cared little to trace genealogies, and was accustomed to say that every man derives from God, yet it was a satisfaction to him to know that his father was considered very intelligent by his neighbors, and longer-headed than the common run. There were more books in his father’s house than in any other house in the parish, save the minister’s; and the father’s gentle tenderness and wise severity were perpetuated in the son. His mother, too, was a woman of charming temper, good sense, fine sensibility; and from her Dr. Stebbins seems to have derived his power for sententious expression, which was so strong a characteristic of him in the pulpit and in his daily intercourse with men.

His early years were spent on his father’s farm, going to school at district No. 10, and doing the odd jobs that fell to a boy’s life in the country in the first quarter of the last century.

Gradually he felt the need of greater advantages than the country school offered him; and he went to Springfield, where he lived in the family of the Hon. George Dwight, doing the chores about the place, and going to the high school. This continued for a year or so, when he determined to go to college. His father helped him to the extent of his ability; but, as this was limited, the young man set off on foot for Ithaca, New York, where he entered the school taught by Mr. William S. Burt, a friend of his father’s. He lived in the third story of the academy, at an expense not exceeding a dollar and a quarter a week for rent, food, and lodging. He worked hard, and nearly broke down in health. His money gave out, and he had to go to teaching. Then followed a period of discouragement and indecision, which finally ended in his going to Phillips Exeter Academy, where for two years he enjoyed the tuition of Principal Soule and Assistants Hoyt and Swan. When he graduated, he had a part in the Greek tragedy, and gave the class oration. Later, in 1883, he was recalled to Exeter to give the oration at the centennial celebration of the founding of the academy.

From Exeter he went to Harvard College, entering the Junior Class in 1846, and graduating in 1848 as chaplain. Immediately upon graduation he entered the Harvard Divinity School, which was then under the direction of Conyers Francis and George R. Noyes, men whom he always held in the greatest reverence.

These years of education were interrupted again and again by the necessity of earning money by teaching or other means. One summer he obtained permission from the faculty to cultivate a piece of ground on Oxford Street, Cambridge, where the Agassiz Museum now stands. He planted potatoes; and, as it was a dry summer, he carried all the water with which to irrigate them from a well back of Divinity Hall. His labor was rewarded by a fine crop of potatoes, which brought him a clear profit of one hundred dollars.

These interruptions and the attending diversions made him older than his classmates when he graduated, but perhaps better fitted him to accept the call from the First Parish Church, Fitchburg, Massachusetts, where he was ordained on the fifth day of November, 1851.

He had received offers from other churches at a considerably greater salary, but he concluded to take the less; and it was his opinion throughout life that a minister’s usefulness and his devotion do not depend on the salary he receives.

He remained in Fitchburg three years, leaving it for Portland, Maine, where he was installed as colleague to the Rev. Ichabod Nichols, January, 1855. Here he stayed nine years, covering the period of the Civil War. His ability as a preacher, his fearlessness and independence of thought, soon began to attract attention. The old First Parish meetinghouse was filled on Sunday mornings with men and women who accounted a sermon from him one of the events of the week. On the Sunday morning after Sumter fell he preached with the flag unfolded upon the pulpit. Some of his parishioners were alarmed, and thought him indiscreet; and he was warned. But he replied with firmness and characteristic independence, “I have great respect for the people, and it gives me pain to come in collision with their convictions; but there is one man whose respect I must have, and his name is Stebbins.” 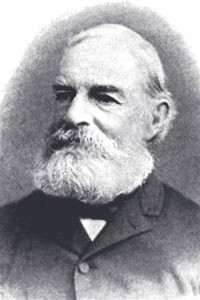 The war went on; and in California Thomas Starr King, the minister of the First Unitarian Church in San Francisco, was waging a war of principles and righteousness, which did much to keep California in the Union. On the 4th of March, 1864, he died; and he died for the country as truly as if he had fallen on the field. The pulpit made vacant by his death needed to be filled at once. Rev. Henry W. Bellows, of New York, who was in California on business of the United States Sanitary Commission, temporarily filled the important post; and Horatio Stebbins, singled out as the one man for the place, received and accepted a call to that distant church. He arrived there September 7, 1864; and from that time until February, 1898, when he was made pastor emeritus, Dr. Stebbins worked with scarcely a vacation, preaching twice a day, and devoting himself with tireless energy to the building up, through a generation, of the kingdom of God upon the Pacific coast. He will be chiefly remembered for his work in California. He used to speak of himself as “an interpreter of human life in the light of religion,” and he gloried in his profession. He was a man of large frame and commanding presence, with a voice of great scope and rare beauty. His character was in harmony with his appearance, of singular moral elevation and richness of nature.

In the pulpit he was strong, forcible, and impressive. The burden of his preaching was faith in God and in human nature, which he was accustomed to say was the best thing God had ever made. His preaching was exemplified in his life; for no trial was able to dim his faith, and no discouragement could darken his trust. When he went to San Francisco, society was in the pioneer stage, made up of many noble men and women, with a large mixture of adventurers and soldiers of fortune. Amid a social life whose standards were far lower than those of an older civilization he unflinchingly upheld the dignity and authority of the moral law; and, while he had a heart brimming over with compassion for the weak, the foolish, or the sorrowful, he had the power of a divine invective against all wrong-doing.

He felt his duty to the State and city as well as to the church, and his various activities show how wide and diverse were his services to mankind. He was president of the trustees of the College of California, trustee of the Inebriate Asylum, for twenty-six years he was regent of the University of California, also a trustee of the Lick School of Mechanical Arts, and the helper of many men and women who through their own folly or misfortune or ignorance had become stranded on that distant coast. He was pre-eminently a helper of men, materially, intellectually, morally, spiritually. These lines that were written of him by a young man, a member of his congregation, well express the impression he made upon the men of his city and his time:

Honored by humble men, he walks these streets,

Priest of the wider parish of the heart:

A tower of strength to the impetuous State,

Where steadfast and serene he fills his part;

Still lending courage in the face of Fate.

Unterrified and kind, large as the light of day,

We lift our eyes, sodden with petty ills,

And, lo! visions of forests, of the silent hills,

And the deep tides of the obedient seal.