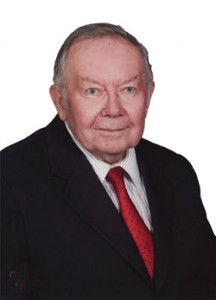 Herb Vetter is the founder of the Harvard Square Library (www.harvardsquarelibrary.org), an online service viewed worldwide in one hundred countries on six continents. He is also founder of Cambridge Forum, one of public radio’s longest running public affairs programs. Dr. Vetter is the Minister at Large, Emeritus, of the First Parish in Cambridge, Massachusetts, the Unitarian Universalist Church in Harvard Square founded in 1636.

His books include The Heart of God: The Prayers of Rabindranath Tagore, Speak Out Against the New Right, Notable American Unitarians, Prayers for Today, Catholic Power vs. American Freedom, and Joyful Power.

As a visual artist, Dr. Vetter is the designer of a series of liberal religious geometrical “Symbols of Power,” shown at Harvard Divinity School before becoming more permanently available on the Worldwide Web.

Born in Baltimore, Maryland, in 1923 and educated at the University of Chicago and Harvard University, Dr. Vetter lives in Cambridge, Massachusetts, with his wife, Dorothy. They have two sons, John and James; a daughter, Kathleen, and two grandchildren, Lyra and Larsson.