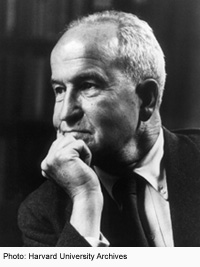 Henry Murray’s history is anything but a prerequisite for a career in psychology. He earned his bachelor’s degree in history in 1915, a medical degree from Columbia in 1919 and then completed a doctorate in biochemistry from Cambridge nine years later.

His start in psychology occurred after reading Jung and eventually arranging a meeting with him. During this meeting, Jung convinced Murray to study psychoanalysis, which he did at Harvard University. After completing his training, Murray actually began teaching psychology and psychoanalytic theory at Harvard, and he remained there for the rest of his professional career.

Love’s Story Told: A Life of Henry A. Murray by Forrest Robinson