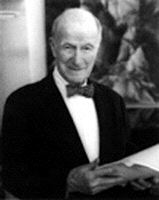 Gerard Piel believed strongly that the entire world should participate and share in the benefits of scientific enterprise. For that reason, he aggressively sought partners outside the U.S. to publish Scientific American in other countries and languages. Thanks in part to his initiative, editions of Scientific American are today published in 18 nations.

The Age of Science: What Scientists Learned in the Twentieth Century by Gerard Piel