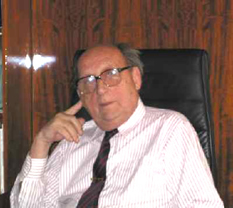 Georgi Arbatov is one of the icons of world political affairs. For decades, he was one of the most influential people in Moscow. He gave advice to Soviet and Russian statesmen, from Khrushev to Jelzin. He had the license to talk with western politicians in Moscow or in western capitals. His main message to the outside world is: “Do not ignore the deficits of the system, Putin! Russia needs new thinking and grass-roots democracy!”