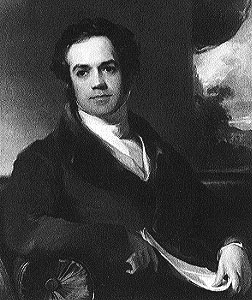 Courtesy of the Dartmouth College Library.

After George—then only ten years old—was interviewed by the president of Dartmouth College, he was unconditionally admitted to the school.

When he practiced law for one year and found that occupation uncongenial, he studied in Germany and then was appointed a Harvard professor of French, Spanish, and belles lettres. Among his students were James Russell Lowell and Henry David Thoreau. When he resigned, his successor was Henry Wadsworth Longfellow.

His major achievement as a writer was the History of Spanish Literature in three volumes. His major public achievement was helping to establish the Boston Public Library. He wrote the initial planning report and in 1860 donated more than 2,400 of his own books. He served as president of the Library’s board of trustees.