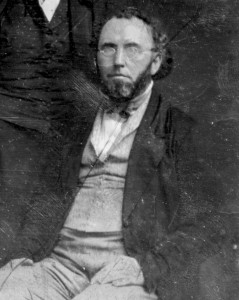 A brilliant scholar, George Ripley is best known as the Transcendentalist who founded the utopian community at Brook Farm. He was born in Greenfield, Massachusetts, October 3, 1802. He graduated at Harvard in 1823, spent three years at the Divinity School, and was settled over the Purchase Street Church in Boston, November 8, 1826. He was an acceptable preacher—simple, direct, clear, systematic, and thoughtful. His manner in the pulpit was quiet, his thought spiritual, his attitude one of mental freedom.

Ripley was from the first deeply influenced by the intuitive conception of religion. Transcendentalism was native to his mind, and formed the substance and spirit of his preaching. In one of his sermons he said:

“We can have no doubt that religion will always be perpetuated by the same causes which first gave it existence. We regard it as an emanation from the Eternal Mind.”

In the autumn of 1836 Ripley joined with Emerson and Hedge in forming what has been known as the Transcendental Club, a purely informal gathering of Transcendentalists for discussion and conference. The first meeting was held at Ripley’s house on September 18, and there were present Ripley, Emerson, Hedge, Alcott, Clarke, Francis, and one or two theological students. This club resulted in the publication of the Dial, the first number of which appeared for July, 1840, with Margaret Fuller as editor and Ripley as her assistant. Ripley’s connection with this publication lasted only for a year, or perhaps even a shorter time.

Ripley was one of the first students in this country to master the German language and the teachings of the great German leaders in philosophy. He wrote frequently for the Christian Examiner on subjects growing out of these studies. During the first six months of 1835 he edited the Boston Observer and Religious Intelligencer, an exponent of the more advanced religious thinking of the time. This weekly journal was absorbed by the Christian Register, which adopted its motto, “Liberty, Holiness, Love.” In 1836 Ripley published six sermons in exposition of the intuitive conception of religion, under the title of “Discourses on the Philosophy of Religion Addressed to Doubters who Wish to Believe.” In 1838 he began the publication of an extended series of translations from the German and French idealists, designed to include works by Herder, Schelling, Richter, Schleiermacher, and others. About a dozen works were published, the translations being made by Margaret Fuller, Felton, Ripley, Dwight, Osgood, Clarke, and W. H. Channing. In 1839, in a controversy with Professor Andrews Norton, Ripley made a vigorous defense of Transcendentalism as applied to religion.

In the spring of 1841 Ripley withdrew from the Purchase Street pulpit, and in an extended review of the religious situation gave a noble interpretation of the spiritual philosophy which he accepted. Influenced by Dr. Channing, he undertook to organize a social community that should be a true exponent of Christianity as applied to practical life. The Brook Farm Association began at that time in the town of West Roxbury, and continued for six years. Ripley was its guiding spirit, and the editor of the Harbinger, which was published by the Association during the last three years of its existence. The Brook Farm experiment was nobly conceived, and it was almost idyllic in the unity and harmony which existed among the members. Those who lived there found it friendly and helpful, and they looked back upon it to the end of their lives with the unwavering conviction that it was attractive and beautiful beyond anything they had elsewhere known. In 1844 the community adopted the principles of Fourier, and added to its farming and its school a variety of occupations and industries. Its weekly journal was of a high literary character and an able exponent of socialism, with many of the best writers in the country on the list of its contributors. Brook Farm came to an end in the autumn of 1847 because it was not able to overcome the conditions imposed upon it by the commercial spirit of the time. 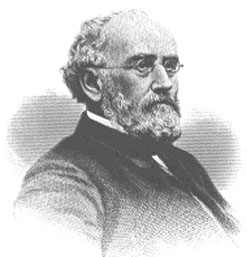 Ripley went to New York and continued as the editor of the Harbinger until the spring of 1849, when it was compelled to suspend publication. The associationist movement, which had been widespread and drawn to its support many able men and women, culminated at this time, and gradually died. In 1849 Ripley connected himself with the New York Tribune, and soon became one of its leading editors. Beginning in a very modest way, on a mere pittance, he gained not only a leading place on the paper, but made himself known as the chief American critic. He was the literary editor of the Tribune until his death, and helped to give that journal a wide reputation for intellectual ability and critical judgment.

The work done by Ripley was not confined to the Tribune, for he wrote extensively for other newspapers and for the best magazines and on a great variety of topics. His chief work was done in editing the New American Cyclopedia, with the assistance of Charles A. Dana—a work begun in 1857, and to which he devoted many years of faithful labor. It was the first competent work of the kind published in this country, and has been surpassed by no other in critical ability and scholarly insight. His editorial labors demanded all his time, and he produced no work of original merit, such as he was capable of writing. Consequently, his fame as a critic has already become a tradition, and is not sufficient to give him a permanent place in American literature. He is chiefly remembered as the founder of Brook Farm, and as one of the prominent members of the group of Transcendentalists who gave a great impetus to American thinking and poetry.

From one end of the country to the other the tributes to his enlightened capacity, to his distinguished knowledge, to his eminent skill as a discerner of thoughts, came in. Editors, writers of every class, critics of diverse schools, confessed his power, and celebrated the service he had rendered to American literature. There was no dissentient voice.

This recognition was deserved, for Ripley was a man of sound critical judgment, of a judicial spirit, of unfailing loyalty to what he understood to be truth, who wrote with grace and fine temper on all occasions. He was not a partisan, would not devote himself to sectarian ends, and loved all that is good and noble.

Although Ripley withdrew from the pulpit, he retained to the end of his life the serene and rational faith of his early manhood. Writing to a Boston friend in 1875, he said:

You take it for granted that I feel but little interest in the old Unitarianism, which is not the case. I owe it a great debt of gratitude for the best influences that my youth enjoyed: and, if any little success has attended my subsequent career, it has been chiefly caused by the impulses I received in Boston, and especially from my association with the liberal and noble-minded men whom I loved as friends and honored as guides.

He continued a regular church attendant, and for many years in New York he listened to the preaching of Octavius B. Frothingham, who became his biographer. He never swerved from his faith in the social dream he tried to work out into concrete fact at Brook Farm, and he always accepted the conviction that what was sought for there would some day become reality.

George Ripley married Sophia Willard Dana, of Cambridge, in 1827. She was a woman of fine education and much intellectual ability, one of the women who gathered about Margaret Fuller and listened to her remarkable conversations. Two or three contributions to the Dial showed her insight, wit, and intellectual strength. At Brook Farm she wisely managed the culinary department and the social life. Much of the work of instruction came under her oversight, and she proved her large and generous capacity in this direction. Born into the most aristocratic society of New England, she humbly devoted herself to the severest tasks, and toiled with great courage for the success of Brook Farm. During the years of poverty that followed she was a teacher. But her hopes had been disappointed. She joined the Roman Catholic Church, and died in 1861. In 1865 Ripley was married again to an accomplished woman, who added much to the happiness of his later years.

In 1874, at the laying of the cornerstone of a new Tribune building, George Ripley gave the address; and, in describing the purpose and spirit of the newspaper with which he was for many years connected, he interpreted the aims and methods of his own life. He said:

Faithful to its past history it will welcome every new discovery of truth. Free from the limitations of party, in philosophy or religion, in politics or science, it will embrace a wider range of thought, and pursue a higher aim in the interests of humanity. Watching with its hundred eyes the events of the passing time, it will wait for the blush of the morning twilight which harbingers the dawn of a brighter day.