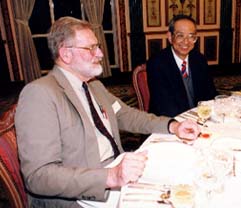 Trained as a physical chemist, George W. Rathjens was a professor of political science at the Massachusetts Institute of Technology from 1968 until 1997. He served in Washington for 15 years, most recently as the deputy to Gerard Smith, President Jimmy Carter’s ambassador-at-large for nuclear nonproliferation matters. He has been the secretary general of the Pugwash Conferences on Science and World Affairs since 1997.