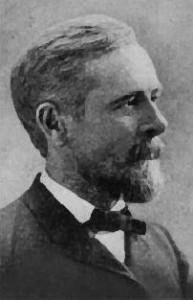 One of the premier Unitarian hymn writers. Hosmer was born in Framingham, Massachusetts on October 16, 1840, the son of Charles and Susan Hosmer. He graduated from Harvard College in 1862, and then went on to Harvard Divinity School. Here he became friends with William Channing Gannett, with whom he would later collaborate to produce hymnals. When he finished Divinity School in 1869 he was ordained in the fall at the church in Northborough, Massachusetts, where he remained as pastor for three years. This was followed by a ministry in Quincy, Illinois. He then went on to a very successful ministry at the First Unitarian Church of Cleveland, Ohio from 1878-92. It was during this time that he began to work on hymns in earnest.

In 1880 Hosmer collaborated with Gannett and James Vila Blake to produce Unity Hymns and Chorals. Then in 1886 he and Gannett produced The Thought of God in Hymns and Poems. His hymns began to find their way into other hymnals especially after 1900. Thirty-five of his hymns appear in Hymns of the Spirit (1937). From 1894-1899 Hosmer served the Church of the Unity in St. Louis, Missouri. His final ministry was at the First Unitarian Church of Berkeley, California from 1900-1904. While he was minister in Berkeley, he wrote the popular “Forward Through the Ages” (set to the tune St. Gertrude) for the dedication of the Oakland church. He also delivered a series of lectures at Harvard Divinity School on hymnody. In Berkeley he was made emeritus, and he remained there until his death on June 7, 1929. The author of eight hymns in the current Unitarian Universalist Association (UUA) hymnal, Singing the Living Tradition, his reputation as a hymn writer rivals that of Samuel Longfellow in Unitarian history.

Many people think of the Unitarian movement as primarily a theological revolt, as “intellectual” rather than spiritual, as “moral” rather than religious. But the remarkable stream of noble religious poetry that has flowed from writers bred in the rational piety of the Unitarians discloses and proclaims that Unitarianism is primarily the utterance of a spiritual idealism. It has been justly said that beneath the vigorous rationalism of the Unitarians there is a deeper movement of religious life, a consciousness of God that none but a poet can utter, a spiritual lineage that unites these modern minds to the great company of witnesses of the real presence, the fellowship of the Church of the Spirit. 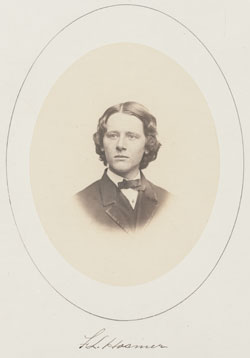 The hymns of the Unitarian “Heralds” are sung in the churches of all denominations, even where membership would be denied to the writers. Of the major American poets, Bryant, Emerson, Holmes, Longfellow, and Lowell were Unitarians. Some of the poet-preachers were Bulfinch, Clarke, Foote, Frothingham, Furness, Hedge, Johnson, Livermore, S. Longfellow, Norton, Parker, Pierpont, Sears, and Ware. Sketches of their noteworthy successors in this field of service—Beach, Blake, Chadwick, Collyer, Gannett, Savage, Wendte, Williams, and Wilson—are contained in this volume. Outstanding in this remarkable company was Frederick Lucian Hosmer, who was born in Framingham, Massachusetts, on October 16, 1840, the son of Charles and Susan Hosmer. He graduated from Harvard College in 1862 and from the Harvard Divinity School in 1869. On October 26 of the latter year, he was ordained minister of the First Congregational Church (Unitarian) of Northborough, Massachusetts, where he remained for three years. Thereafter he was minister of the First Unitarian Church of Cleveland, Ohio, 1878–1892; of the Church of the Unity, St. Louis, Missouri, 1894–1899; and of the First Unitarian Church of Berkeley, California, 1900–1915, and minister emeritus until his death at Berkeley on June 7, 1929.

In the Divinity School he attached himself to a group of progressive fellow students, among whom was William C. Gannett, who became his intimate and lifelong friend. In their views of religion, in their abilities as the writers of hymns, and as the editors of a hymnbook which should give adequate utterance in song to their views, these two friends offer a striking parallel to that other pair of young radicals, Samuel Johnson and Samuel Longfellow, who had graduated from the Divinity School some twenty years earlier. And as Samuel Longfellow was the foremost American hymn writer of the middle of the nineteenth century, so Frederick Hosmer became outstanding in its closing decades.

It was not until he approached middle life that he began to write hymns. In his earlier years he was known as a beloved pastor and an acceptable preacher, his most successful pastorate being that in Cleveland, where he built up a strong and influential church. Buchtel College made him a Doctor of Divinity in 1887. 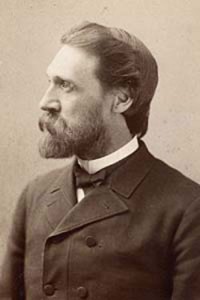 In 1880 Hosmer, Gannett and James Vila Blake compiled and edited Unity Hymns and Chorals, a hymnbook which had a considerable circulation in its day and of which a revised edition was brought out in 1911. In 1886 Hosmer and Gannett published The Thought of God in Hymns and Poems, a book which contained fifty-six pieces by Hosmer. These two books are the source books for his and Gannett’s hymns, but their habit of revising their hymns, even after publication, often resulted in a final form different from that in which they originally appeared. Hosmer, especially, was no facile versemaker but a poet intent on making his hymns as perfect an expression of his thought as possible. He had a wide knowledge of hymnody and sound theories of hymn construction which he expounded in lectures at the Harvard Divinity School in 1908. His hymns are the expression of a cheerful faith and are carefully wrought out in simple and facile forms which do not disclose the labor and care which went into their making.

They began to find their way into hymnbooks before 1900. The New Hymn and Tune Book (1914) contains thirty-three by him; Hymns of the Spirit (1937) contains thirty-five, more than by any other author. The English Songs of Praise, edited by the Anglican Canon Dearmer, contains seven. Canon Dearmer, the foremost English authority on hymnology, calls Hosmer’s hymn, “O Thou in All Thy Might So Far,” “this flawless poem, one of the completest expressions of religious faith,” and his hymn, “The Kingdom Come– On Bended Knee, The Passing Ages Pray” (written for the 1891 Commencement of the Meadville Theological School), “one of the noblest hymns in the language.”

Hosmer was felicitous in writing for special occasions, the most notable instance being his great hymn, “O Prophet Souls of All the Years,” written for the Parliament of Religions held in Chicago in 1893, a perfect expression of the spirit of that meeting. But he wrote in no less moving verse of his deep faith in God, and of the confident trust with which he faced death.

Frederick Hosmer was a man of highest ethical standards and keen religious insight. He was never married, but he was a beloved friend and a delightful companion who could entertain with witty impromptu verse as well as illuminate conversation with profound thought. Esteemed as he was as a parish minister, his hymns were the great and lasting contribution which he made to the religious life of his time. He stands with Samuel Longfellow as the greatest of American hymn writers in the high quality of his verse and the thought it enshrines.