Below are two biographical perspectives on Florence Hope Luscomb, the first from the Massachusetts Foundation for the Humanities, and the second by Kim Brooks. 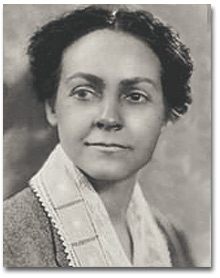 Biography from the Massachusetts
Foundation for the Humanities

Florence Hope Luscomb grew up in the 1890s and died in the 1980s. During her long life, she embraced and advanced a range of causes from woman suffrage to civil liberties. She was 33 years old when the Nineteenth Amendment finally enfranchised women; she was still active when American women rediscovered feminism in the 1960s and 1970s.

Born in Lowell in 1887, she moved to Boston with her mother two years later when her parents separated. Her mother was an ardent and active supporter of suffrage and other radical causes, and Florence followed in her footsteps. She remembered going with her mother at the age of five to hear Susan B. Anthony speak, and she spent many Saturday mornings in the 1910s selling the suffrage paper, The Woman’s Journal, outside the Park Street Station.

Florence Luscomb was among the first women to graduate from M.I.T. with a degree in architecture. From 1909 to 1917, she was a partner in a woman-owned firm in Boston, but her true love was the suffrage cause. She helped organize rallys, trolley tours and street meetings; in 1915, she logged more than 220 speeches in 14 weeks during the campaign for an amendment to the state constitution. When World War I caused a building slump, she left architecture to become executive secretary of the Boston Equal Suffrage Association. She helped organize and was president of a Boston local of the United Office and Professional Workers of America. She held paid positions with the Boston League of Women Voters, the Massachusetts branch of the Women’s International League for Peace and Freedom, and organizations concerned with prison reform and factory safety. Beginning in the 1920s, she served on the board of civil rights, civil liberties, and other liberal organizations, including the NAACP and the Massachusetts Civil Liberties Union. After her mother’s death in 1933 gave her financial independence, she became a full-time social and political activist. 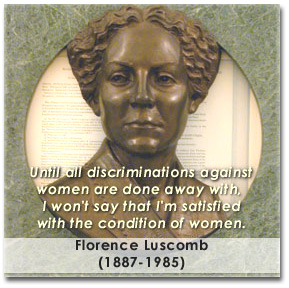 Florence Luscomb ran for public office four times, including a race for Boston City Council in 1922 which she lost by less than one percent. Her campaigns for the U.S. House of Representatives in 1936 and again in 1950 were meant to educate voters and expand the two-party system. In 1952, she ran for Governor of Massachusetts on the Progressive Party ticket, a third party that opposed the anti-Communist policies of the Truman administration.

She fought McCarthyism and was called upon to defend herself before a committee of the Massachusetts legislature. In her pamphlet Blacklisting the Constitution, she condemned the anti-Communist investigations as un-American attempts to suppress dissent. In the early 1960s, she wrote the first anti-Vietnam War leaflet distributed in Boston, and visited both China and Cuba. When 1970s feminists turned to her as a “foremother,” she encouraged the new movement to be inclusive. Just as she had once urged labor unions to include women, in the 1970s she reminded feminists to reach out to poor women and women of color. A lifelong radical, at age ninety she was living in a Cambridge commune. She died in 1985 at age 98.

— From “Special Projects” report of the Massachusetts Foundation for the Humanities 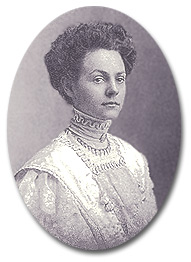 Florence Hope Luscomb (FHL), life-long social and political activist, was born in Lowell, Mass., on February 6, 1887, the daughter of Otis and Hannah Skinner (Knox) Luscomb. Her father, an unsuccessful artist, and her mother (HSL), the daughter of a Republican Congressman from St. Louis, separated when FHL was one and a half. An inheritance from her maternal grandmother enabled HSL to contribute to and support labor, women’s rights, and suffrage organizations, as well as to raise FHL alone. FHL’s older brother, Otis Kerro Luscomb, apparently lived with their father.

After attending a private secondary school (Chauncy Hall), FHL graduated from the Massachusetts Institute of Technology with an S.B. in architecture in 1909. She was partner in Ida Annah Ryan’s architectural firm until 1917, when, because of the World War I building slump, she left architecture to become executive secretary for the Boston Equal Suffrage Association. FHL was renowned among suffragists for giving open-air speeches and selling the Woman’s Journal as a “newsboy” on the Boston Common. After 1920, she held paid executive positions in the Boston League of Women Voters, the Massachusetts Civic League (concerned with prison reform), the Joint Board of Sanitary Control (policing factory safety), and the Massachusetts branch of the Women’s International League for Peace and Freedom. She lived with her mother until HSL died in 1933, at which time FHL decided to stop working for pay so that she would not take jobs away from those who needed them. She extended her radical volunteer activities and became a full-time social and political activist. From the 1960s to the mid 1970s, she lived in cooperative houses, usually with people approximately half her age. Luscomb spent nearly every summer from the 1940s to 1970s at the cabin she designed in Tamworth, New Hampshire, and was an active member of the Appalachian Mountain Club. 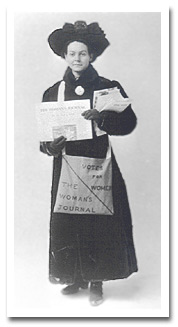 In the early 1920s FHL began to serve on the boards of civil rights, civil liberties, and other organizations; over the next five decades these included the National Assocation for the Advancement of Colored People (Boston), the Civil Liberties Union of Massachusetts, the American League for Peace and Democracy, and many others. In addition to picketing for several labor organizations, she helped organize and was president of a Boston local of the United Office and Professional Workers of America.

FHL ran for public office at least four times, each time unsuccessfully. Although she lost a race for Boston City Council in 1922 by less than one percent, it appears that her later candidacies were intended to educate voters and expand the two-party ballot; she probably did not expect to win. She was a candidate for the U.S. House of Representatives in 1936 on the People’s Labor Party ticket and again in 1950 with the Progressive Party. A leader of the Progressive Party in Massachusetts and a consultant in Maine, she rejoined the ticket for the 1952 Massachusetts gubernatorial race.

FHL’s philosophy was somewhat pragmatic and shaped by the issues in which she was involved. She saw herself as guided by American democracy and its cornerstones: civil liberties and equality. Although proud of her Yankee heritage, FHL did not confine herself to defending the rights of people like herself. She also believed that capitalism interferes with true democracy because it wrests power from the people and places it in the hands of an unelected elite.

Although she advocated civil liberties for citizens of other countries, she recognized that each nation’s political system is its own; she was staunchly opposed to every type of imperialism. These beliefs and the radical activities in which she was involved led to several encounters with “witch hunts.” Although never a member of the Communist Party (as she refused to be held to any “party line”), FHL opposed anticommunist investigations as “fascist” attempts to curtail dissent and in the 1960s concentrated her activities on stopping them. 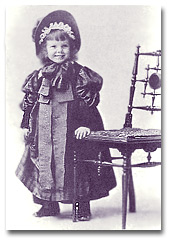 Florence as a toddler, dressed in Victorian style.

FHL first considered herself a “citizen of the world” in 1911, when she journeyed through England and to Berlin to the International Woman Suffrage Alliance Conference. In 1934 she travelled in Ireland and Scotland and returned there the following year on her way to the Soviet Union. Although the State Department refused to issue her a passport in the 1960s, she went to Cuba in 1961. Her world trip the following year included China, then off limits to U.S. citizens; her passport was temporarily confiscated. In 1975 FHL attended the World Congress of International Women’s Year in Berlin.

FHL’s social activism came full circle in the 1970s when the burgeoning women’s movement called on her as a frequent speaker. Despite her new status as “foremother,” she remained involved in current issues, such as the Vietnam War and school busing in Boston. She encouraged the new movement to encompass the needs of all kinds of women. As she had earlier reminded union audiences that labor included women, in the 1970s she reminded feminists that women included poor and black women.

In 1980, after living with her friend Dorothy Colby, FHL moved into the Emerson Convalescent Home in Watertown, where she died in 1985 at the age of 98.

— From the Luscomb Collection of papers in the Schlesinger Library, Radcliffe College

Florence Hope Luscomb was a member of the Community Church of Boston, the central factor in her life for sixty years. In celebration of her ninetieth birthday, she was introduced by her minister, Donald Lothrop, before she spoke from the pulpit.

The City of Boston included her in its seven awards to “Grand Bostonians,” along with Leverett Saltonstall and Henry Cabot Lodge. 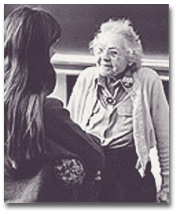 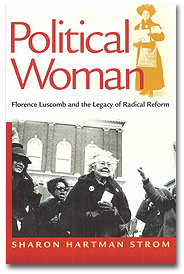