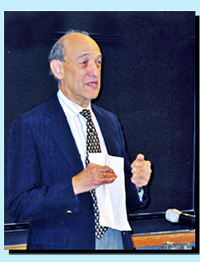 Ezra Vogel is the Henry Ford II Research Professor of the Social Sciences at Harvard University. Professor Vogel succeeded John Fairbank to become the second Director of Harvard’s East Asian Research Center (1972-77) and the second Chairman of the Council for East Asian Studies (1977-80). He was Director of the Program on U.S.-Japan Relations at the Center for International Affairs (1980-87), and, since 1987, Honorary Director. From fall 1993 to fall 1995, Vogel took a two-year leave of absence from Harvard to serve as the National Intelligence Officer for East Asia at the National Intelligence Council in Washington. Vogel again served as Director of the Fairbank Center for East Asian Research (1995-99) and was the first Director of the Harvard University Asia Center (1997-99). He is also the author of many works on China and Japan, including Japan’s New Middle Class (1963), Canton Under Communism (1969), Japan as Number One (1979), and The Four Little Dragons: The Spread of Industrialization in East Asia (1991).

—Courtesy of the Harvard Colloquium on International Affairs

Click here for supplemental reading about Ezra Vogel on Amazon.