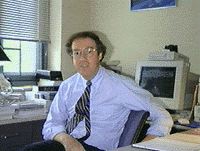 Dr. Eric J. Chaisson is Director of the H. Dudley Wright Center for Innovative Science Education at Tufts University, where he is also Research Professor of Physics and Astronomy and Research Professor of Education. He is also an Associate of the Harvard College Observatory, where he teaches introductory astrophysics, and Affiliate-director of the Massachusetts Space Grant Consortium, based at MIT.

Trained initially in atomic physics, Chaisson obtained his doctorate in astrophysics from Harvard University in 1972. Before assuming his current position, he spent a decade as a member of Harvard’s Faculty of Arts & Sciences. During his tenure as associate professor at the Harvard-Smithsonian Center for Astrophysics, Chaisson’s research concentrated largely on the radio astronomical study of interstellar gas clouds.

Chaisson’s major research interests are currently twofold: His scientific research focuses on an interdisciplinary, thermodynamic study of physical and biological phenomena, thereby searching for the origin, evolution, and unification of galaxies, stars, planets, and life forms in the Universe. His educational research engages experienced teachers and computer animators to discover better methods, technological aids, and novel curricula to enthuse teachers and instruct students in all aspects of natural science. He currently teaches an undergraduate course at Harvard University on the subject of cosmic evolution, which combines both of these research and educational goals.

Chaisson has written several books, including Cosmic Dawn, which won the American Institute of Physics Award. His other books include two works on relativity, a textbook on cosmic evolution, and a volume (co-authored with George Field) outlining the scientific rationale for the United States’ national space policy. Astronomy Today (co-authored with Steve McMillan) is the most widely used college astronomy textbook in the nation. His most current books, Cosmic Evolution: The Rise of Complexity in Nature and Epic of Evolution: Seven Ages of the Cosmos were published by Harvard and Columbia University Presses, respectively.

Click here for supplemental reading about Eric Chaisson on Amazon.