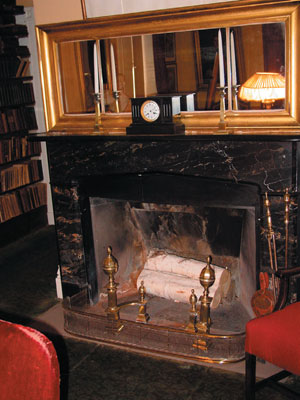 The Emerson home was warm and inviting.
Courtesy of the Emerson House in Concord.

Emerson lived in Concord during an extraordinary time, when some of the greatest writers and thinkers gathered there. They were committed to social reform, spiritual truth, and literary innovation. They committed what many have called a second, and quieter, revolution. All of them met regularly in Emerson’s graciously appointed front parlor. They included:

Ellery Channing, the nephew of Boston’s leading Unitarian minister, William Ellery Channing, who was a poet with life-long financial difficulties which Emerson helped to alleviate. Emerson considered Ellery Channing “the incomparable companion” on his rambles in Concord and once wrote about him, “he is grown an accomplished Professor of Walking, and leads like an Indian.”

George Ripley, who served as the minister of Boston’s Purchase Street Church until he resigned to set up a commune he called “Brook Farm” where, he believed, that “work necessary to support a community could be distributed in such a way as to match people’s tasks with their individual desires and ability to do them.” He saw this as a first step in the reformation of the competitive and selfish society he saw America becoming. He was a central figure in the Transcendentalist movement, a writer, and editor. 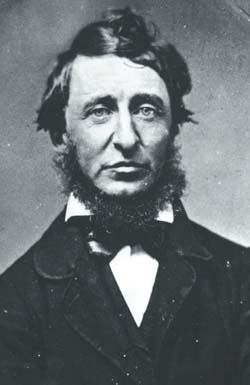 Henry David Thoreau, whom Emerson first met when Thoreau was a young Harvard student. Thoreau lived in the Emerson home for two years in 1841, doing handywork in exchange for board, and he was a favorite of the Emerson children. In 1845, he went to live at Walden Pond in a small house he had started building on the lot Emerson purchased a few years earlier. Thoreau’s book, Walden, broke new ground in environmentalism and for Transcendentalists. Other writings would follow, but Thoreau was also an inventor, civil engineer, social critic, activist, and philosopher.

Sarah Alden Bradford Ripley, a regular visitor to Emerson’s childhood home in Boston, who knew languages, literature, science, and philosophy, and tutored boys for entrance to Harvard College. Years later, when she married Emerson’s grandfather, the Reverend Samuel Ripley, and moved to the Old Manse in Concord, Emerson and his family spent Thanksgivings there and the Ripleys joined the Emersons the following day. “The remarkable Mrs. Ripley,” as Emerson called her, was a regular Sunday afternoon visitor and Emerson, in turn, took new friends out to the Old Manse to meet her.

George Partridge Bradford, Sarah Ripley’s brother, who participated in George Ripley’s “Brook Farm” experiment to create a “community of likeminded souls.” As one of Emerson’s favorite friends, George Bradford was a regular travel and walking companion, and he moved to Concord to be part of the informal community of friends that Emerson hoped to create there. 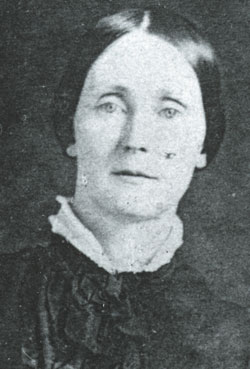 Elizabeth Hoar, who would have married Emerson’s brother, Charles, but for his early death. Emerson always considered Elizabeth his sister, and was close to her family. Elizabeth was an early Transcendentalist and a close intellectual friend to Emerson whose daughter, Ellen, described Elizabeth’s “Greek mind” as a model for her own educational pursuits.

Nathaniel Hawthorne of Salem, Massachusetts, who boarded, with his wife Sophia Peabody, at the Old Manse for three years and enshrined his experience in his 1846 Mosses from an Old Manse. Emerson’s son later wrote, “Mr. Hawthorne always interested my father by his fine personality, but the gloomy and uncanny twilight atmosphere of his books was one in which Mr. Emerson could not breathe, and he could never read far.” Hawthorne and his family moved back to Salem briefly where he worked in the Custom House, but once his Scarlet Letter was published he became famous. He published additional works, accepted a consul post in Liverpool, and returned to Concord in 1852 and again in 1860 when the Emersons welcomed them home with a strawberry party.

Margaret Fuller, who had heard Emerson speak long before they met and was strongly affected by his powers. He, in turn, was stimulated by her brilliance and she helped him develop his early thoughts on idealism and nature. Margaret was a leader in the Transcendentalist movement and served as an editor of The Dial. Between 1839 and 1844, she held her famous “Conversations” at Elizabeth Peabody’s bookstore which attracted the most progressive women, and then men, in Boston. Her 1845 Woman in the Nineteenth Century was a groundbreaking early feminist work that influenced her friend Emerson. He thought of her as his “new Corinne.”

Elizabeth Palmer Peabody of Salem, whom Emerson had tutored Greek in 1821, and who had been an instructor in Bronson Alcott’s Temple School in Boston. Emerson read her account of the Temple School, Record of a School, noting how it “aims all the time to show the symbolic character of all things to the children.” Elizabeth Peabody was another founding Transcendentalist, a leader in the kindergarten movement in America, served as a publisher of The Dial, and hosted the “Conversations” led by Margaret Fuller in Peabody’s Boston bookstore. 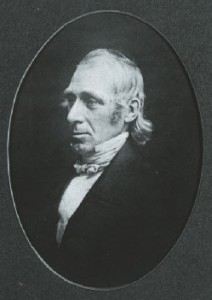 Bronson Alcott, the philosopher, writer, and innovative educator whose progressive methods eventually led the parents of Boston’s Temple School to withdraw their children. In debt, Alcott was forced to close and he moved his family to Concord. Emerson consistently admired Alcott as a modern prophet. He was a founding member of the Transcendental Club, and initiated the failed utopian experiment in Harvard, Massachusetts, called “Fruitlands.”

Louisa May Alcott, Bronson’s daughter, who as a girl attended Concord Academy where she was taught by Henry Thoreau and his brother. Louisa Alcott brought world-wide fame to her family home, Orchard House, when she published Little Women. She also worked as a nurse during the Civil War, as a teacher, and domestic servant. Through her writing and connections to her friends in Concord, she was a strong advocate for women’s suffrage and their right to earn a living. As a girl, Louisa Alcott visited Emerson’s study and library and was profoundly influenced by her father’s dear friend.

“The marble walk that leads up to his door has been trodden by the feet of many pilgrims from all parts of the world, drawn thither by their love and reverence for him. In that famous study, his townspeople have had the privilege of seeing many of the great and good men and women of our time, and learning of the gracious host the finest lessons of true courtesy. I have often seen him turn from distinguished guests, to say a wise or kindly word to some humble worshipper sitting modestly in a corner, content merely to look and listen, and who went away to cherish that memorable moment long and gratefully.” —Louisa May Alcott