“Religion is to do right. It is to love, it is to serve, it is to think, it is to be humble.” —Ralph Waldo Emerson

Ralph Waldo Emerson shook the foundation of established religion. When he delivered his Divinity School address at Harvard and admonished the graduating class to “go alone; to refuse the good models, even those which are sacred to the imagination of men, and dare to love God without mediator or veil” it was his last “face-off” with organized religion. While he remained deeply religious throughout his life, with a thoroughly spiritual view of human life and the world, Emerson had his own self-reliant path to follow.

Perhaps his greatest gift to progressive religion was his interest in ideas outside “acceptable” doctrine. He was never Calvinist, and had moved beyond orthodox Unitarianism. He was deeply religious, but where he differed was in his conviction that Christianity was founded on human nature, not on the Bible. “They call it Christianity. I call it consciousness,” he wrote. Emerson was one of a group of religious liberals who founded the Free Religious Association in 1867, along with Francis Ellingwood Abbot, Rabbi Isaac Mayer Wise, Thomas Wentworth Higginson, and Lucretia Mott. In the speech he delivered at the organization’s founding, he observed that churches were no longer useful, that people no longer went to church, and that a “technical theology no longer suits.” 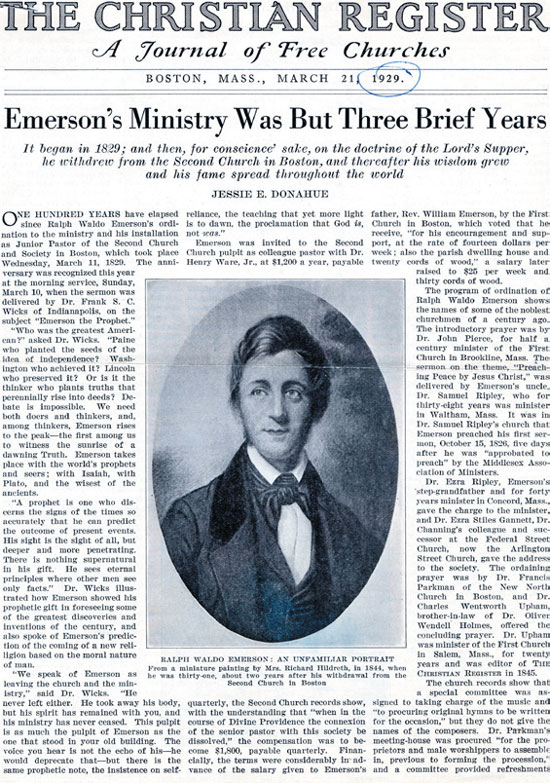 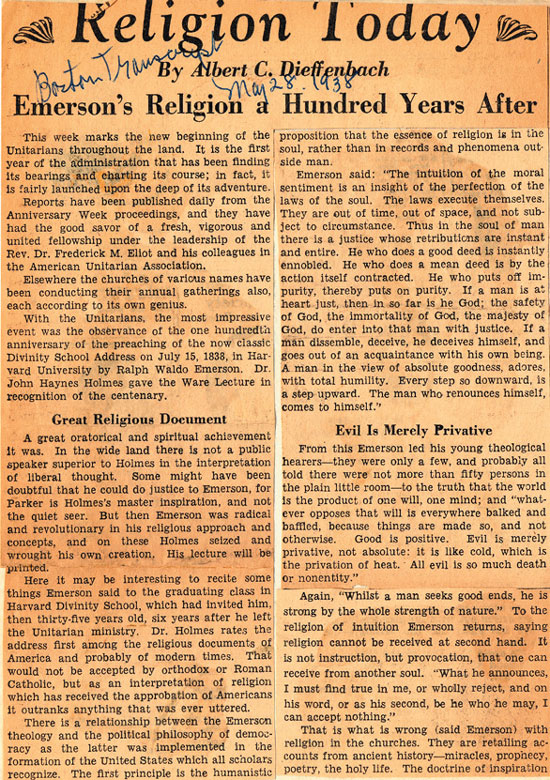