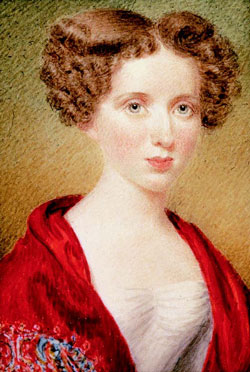 Emerson’s travels as a supply preacher took him in 1827 to Concord, New Hampshire where he met, on Christmas Day, sixteen-year-old Ellen Louisa Tucker. Emerson was twenty-four, and he was captivated by the beauty and spirit of the young woman. She loved the outdoors and animals. She had a wit and mind of her own, and she intended to become a poet. Emerson’s letters to her did not survive, but those written from Ellen to Waldo did. “Good night and be thinking of coming to see me…for I am still your own, your own, your own,” she wrote to him.

Ellen suffered from tuberculosis, a family affliction. Her brother, George, had died of the disease two years earlier. She regularly coughed up blood. Ellen and Waldo both must have known that their time together would be short. “Let us love thus, oh my good Waldo. I believe we do now and we need not be united to increase ouraffec[tion],” she wrote to him and on December 17, 1828, the couple was engaged. A month later, Emerson accepted the Second Church in Boston’s offer to serve as ministerial assistant to the senior pastor. He was ordained that spring, and married Ellen Tucker on September 20, 1829, at her family home in New Hampshire. They began married life together on Boston’s Chardon Street, where they took in Ellen’s mother and sisters. This was a happy time for Emerson, one of remarkable intellectual and emotional growth. When the Reverend Henry Ware retired from the Second Church in 1830, Emerson became senior pastor. But underlying it all, was the fact of Ellen’s deteriorating health. Increasingly, in his sermons, Emerson discussed death. He wrote loving poems to her and tried to prepare for the inevitable. 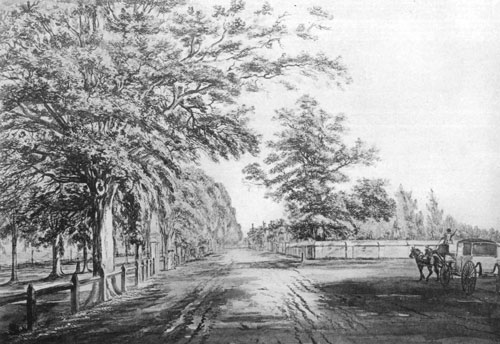 Tremont Street, Boston, in the early 1800s.
Courtesy of the Boston Athenæum.

On February 8, 1831, Ellen Tucker Emerson died at the age of nineteen. Waldo’s world came apart, literally. He felt that his personal world was cut off from the natural world, as he was cut off from Ellen. He was cut off from himself, “unstrung, debilitated by grief.” His life took on a tone of “unrepaired regret” and “miserable apathy.” He clung to the idea that Ellen’s spirit survived the death of her body. Emerson would never entirely outlive the sense of loss created by Ellen’s death, but he eventually pulled himself back to his duties. Increasingly, however, it was difficult for him to function within the institutional structures of parish ministry. Separation was Emerson’s reality, and he redoubled his efforts to live his own life and think his own thoughts.

“The days pass over me

And I am still the same

The Aroma of my life is gone