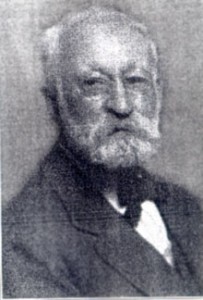 Edwin Doak Mead—reformer, editor, and author—was a direct descendant of Gabriel Mead, who settled in Dorchester, Massachusetts, in 1635. Edwin worked on his father’s cattle farm and attended local school until the age of thirteen. A studious boy, he married a sister of John Humphrey Noyes, the communitarian socialist. Before becoming a Yankee reformer, he studied at the British Museum and the universities of Cambridge, Oxford, and Leipzig.

In 1890 Edward Everett Hale bequeathed the New England Magazine—which they had jointly founded in 1889—to Mead. Mead’s work helped to lay the groundwork for the Progressive Era. He was the president of the Free Religious Association and the Men’s Woman’s Suffrage League. He directed the historical work of Boston’s Old South Church, including the editing and publishing of a long influential series of classic documents of the American experience called Old South Leaflets.