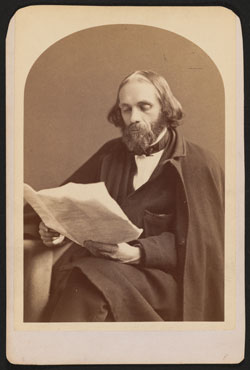 No one who ever saw Edward Everett Hale could possibly forget him. No one who knew him could fail to be impressed by his personality. Physically he was a big man. He was built on generous lines and his head was Homeric. He was large, too, in his grasp of things. In all his outlooks he enjoyed a wide horizon. It was written of him that, “Probably no man in America aroused and stimulated so many minds as Hale, and his personal popularity was unbounded.”

Edward Everett Hale was born in Boston on April 3, 1822, and through a long line of distinguished ancestors he inherited the finest qualities of the New England character. Nathan Hale, the patriot who died regretting only that “he had but one life to give for his country,” was his great-uncle. His mother, Sarah Prescott Everett, was the daughter of the Rev. Oliver Everett and the sister of Edward Everett for whom her son was named. At nine years of age he entered the Boston Latin School, and at thirteen he entered Harvard College. He was the youngest member of the Class of 1839, and he outlived all his classmates.

One of the controlling influences in his career is to be found in the fact that his father was the editor of a newspaper, and Dr. Hale once said of himself that he was “cradled in the sheets of the Boston Daily Advertiser.” He began to work for the paper in his boyhood, both gathering news and setting type. Journalism requires haste in preparation rather than careful statement or precision of detail. Partly because of his early journalistic training, Dr. Hale was always ready to write upon a great variety of subjects, and he was always reporting, editing and publishing. All his life he contributed timely and cogent articles on every sort of subject to the periodicals of his day—the North American Review, the Atlantic Monthly, the Christian Register, the Outlook, and many more. He was for several years editor of the Christian Examiner and for its entire lifetime editor of Old and New, a magazine that he created and sustained. Every public occasion called for his presence and his kindling words. Although he was always a temperance advocate, few public dinners were complete without the wine of his discourse. His speech had a ready conversational flow, but often rose into impassioned eloquence.

In college Hale found his place naturally in the literary set, won two Bowdoin prizes, graduated second in his class, and was the Class Poet. He did not go to the Divinity School but prepared for the ministry by teaching in the Boston Latin School and by reading and studying under the direction of his minister, Dr. Lothrop, and the Rev. John G. Palfrey.

His passion to be helpful appeared early, for in his junior year at college his diary has this entry: “I went to the Poor House to see our old Goody who has had a stroke of palsy.” One wonders how many of his classmates rooming in that college building went to see the paralyzed old woman who had made their beds and swept their rooms. For more than seventy years after that little considerate act, Hale was consistently going to all sorts of out-of-the-way places and wherever people needed help and cheer.

Hale was licensed to preach by the Boston Association of Ministers and in 1846 was settled in the Church of the Unity in Worcester. There began his long and fruitful intimacy with Senator George F. Hoar. Ten years later he took charge of the South Congregational Church in Boston and remained the minister, and minister emeritus, for fifty-three years. Early in his ministry a new church was built, and his congregation was one of the largest in Boston.

Dr. Hale was equally a prophet of pure Christianity, a social reformer, and a man of letters. He was inherently versatile, unceasingly active, and instinctively disposed to acts of helpfulness. It was as natural to him to want to help a fellow creature as it was to write a story or preach a sermon. He did all three things with spontaneous ease, and he did them all three at the same time.

In 1852 Mr. Hale married Emily Perkins, a granddaughter of Lyman Beecher, and they had a large family of brilliant children. The hospitable house was open to all sorts and conditions of people, regardless of race or color. 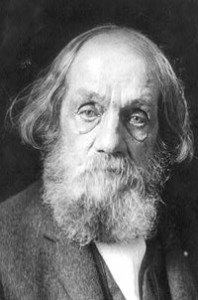 Needless to say that Dr. Hale possessed exceptional physical vigor. He never had any limitations of weakness or illness. His intellectual energy too was ceaseless and ran riot through every realm. In spite of his incessant service in the ministry, Dr. Hale was constantly busy as an author. Pens and paper were his playthings. The little book A Man Without a Country, made his literary reputation and still continues the most popular and famous story that he ever wrote. So vivid is the imaginary tale that it was generally accepted as historic. In his own opinion the best of his stories was “In His Name.” It tells, as no formal sermon can tell, how the Christian persuasions reinforce the natural promptings of men’s hearts. The story “Ten Times One Is Ten” resulted in the formation of scores of “Harry Wadsworth Clubs” and “Look-up Legions,” and his motto for them has an enduring imperative: “Look up and not down; Look out and not in; Look forward and not back: and Lend a Hand.” His historical writings were animated and picturesque, but he cared more for the general sweep of events than for accuracy in detail. He made history interesting but not always precise as to facts. He believed in original sources, but he was in too much of a hurry to seek for them. In his later years he loved to remember and record the memories of his youth, and to write biographies of the people he had loved.

But to many people Dr. Hale was more than minister or man of letters. He was first and foremost a philanthropist. He championed all sorts of reform movements; every sphere of human welfare knew his leadership; and in all his plans he was constructive and optimistic. He believed that a Christian minister’s first function was to engage in Christian work. He was not a violent or critical censor of wrong but a day-by-day worker for the right. He was a general practitioner rather than a specialist—a friend of all good movements. He was “not an abolitionist, nor a prohibitionist, nor a socialist, nor was he enrolled in the ranks of their opponents.” He did not belong to any organized body of reformers except the Christian Church.

There was one conspicuous exception to this rule. As early as 1871 he published in Old and New an article on “The United States of Europe,” and in ’88 he began to preach about the need for a Supreme Court of the Nations. In 1889, in the course of a sermon called “The Twentieth Century,” he went into the details of his proposal for a permanent International Tribunal. This plan and prophecy he repeated frequently, and he got people all over the country familiar with the thought and the principle. He started a little paper, The Peace Crusade, and he sent monthly broadsides to hundreds of newspaper offices all advocating the “Confederacy of the World.” He was thirty years ahead of his time and did not live to see his prophecy fulfilled. The international court was finally organized in the centennial year of its prophet.

Many were the public duties entrusted to Dr. Hale. He served two terms as an Overseer of Harvard College and was a member of the first Board of Preachers to the University. Honorary degrees came to him from many colleges. In 1903 he was appointed Chaplain to the United States Senate and spent the winters of his latter years in Washington. In his hands the office of Chaplain took on a dignity and significance it never had before. The prayers were unconventional, familiar and impressive. He was always an outspoken Unitarian, and he had an intense loyalty to the Congregational tradition. The Pilgrim Covenant was his sufficient creed.

Dr. Hale continued in unabated vigor of body, mind and spirit until his death, sitting in his library at his home in Roxbury, on June 10, 1909.

The Biography of Edward Hale

The Biography of Edward Cummings