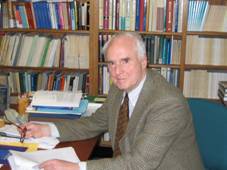 Perkins has authored or edited 12 books and numerous articles on economic history and economic development with special references to the economies of East and Southeast Asia. Topics include transition from central planning to the market, long-term agricultural development, industry policy, the underlying sources of growth in East Asia, and the role of economic and legal institutions in East Asian growth.

He has served as an advisor or consultant to the governments of Korea, China, Malaysia, Vietnam, Indonesia, and Papua New Guinea. He has also been a long-term consultant to the World Bank, the Ford Foundation, and various U.S. government agencies, including the U.S. Senate Permanent Subcommittee on Investigations. Perkins is a member of the American Philosophical Society. He received the BA from Cornell and his MA and PhD in economics from Harvard.