“I have come to think of all individuals as temporal, temporary, conscious intrusions or extrusions, or illustrations or realizations or expressions of the total which is God—that we are indeed God in consciousness.

“When you die as a person, as a physical body, Love does not die. Love is that which created you and gives you whatever meaning and significance and worth you have.” 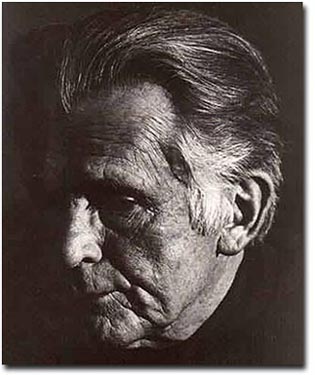 Three years after Duncan Littlefair received a Ph.D. degree from the University of Chicago, he was for thirty-five years the minister of what became the dominant church in Grand Rapids, Michigan: the Fountain Street Church. For more than a half a century he has been in Unitarian ministerial fellowship, known as a radical critic of organized religion. For a decade minister colleagues were gathered as a group by the Rev. Roy Phillips to visit for three days each year with Dr. Littlefair for a seminar on ministry. A Grand Rapids congregation of 1,000 to 1,700 assembled on Sundays. The church was a center for performing arts events by Duke Ellington, Ella Fitzgerald, Dave Bruback, and E. Power Briggs. The church forum featured educational occasions with astronomer Harlow Shapley and anthropologist Margaret Mead, as well as speakers including Paul Blanshard, Paul Tillich, Alan Watts, and Henry Nelson Wieman.

Among the other featured visitors to the Fountain Street Church were Eleanor Roosevelt, Ralph Bunche, Linus Pauling, Hans Morganthau, Arnold Toynbee, and Robert Frost. The cogregation and minister were noted for liberal religious community action in such fields as drug rehabilitation, a Planned Parenthood clinic, the Council on World Affairs, and the American Civil Liberties Union.

Dr. Littlefair died in Grand Rapids, MI January 17, 2004 from complications after surgery. He was 91.

I was born and brought up in Toronto. My father was variously an “atheist” or “Free Thinker.” He was not interested in religion. Neither of my parents completed grade school. Only one of my six brothers attended high school. I was blessed by being the seventh son and thus free from the obligation of family support. Basically, I had only myself to look after.

My mother introduced all of her sons to the Presbyterian Church. It “took” only with me. I am grateful for the exposure. I memorized the shorter Catechism and hundreds and hundreds of Bible verses. This experience has been valuable to me. I love to quote the Bible to some of my conservative friends who have lost sight of the variety and richness of religious insight expressed in that great book.

At the age of 12 or 13 I left the Presbyterian Church for a Baptist Church. I was deeply intrigued with a religious group organized on a totally democratic basis. In later years they abandoned this principle to pursue the rewards of order, unity and success. I still advance the notion that religiously we are all on our own. No one has the answers. No one speaks for another. No one controls another. No one speaks for God. I think that the Unitarians, like the Baptists, have fallen into the trap of the efficiency of a “United Voice,” central organization and rules of conduct and procedure, not to mention financial success.

I got my Bachelor and Theological degrees from McMaster University, Hamilton, Ontario. Grant Butler and his wife, Calla, and I were fellow students. Night after night Calla and I waged a relentless battle with Grant to break him free from his fundamentalism. Those of you who remember his work in the Extension Program are aware of how blessed was our effort.

In the spring of ’36 I was about to graduate and realized acutely then, as I had been somewhat aware for a time, that there was no place for me in any church in Canada! A miracle occurred. I read a book called The Wrestle of Religion with Truth, by a man named Henry Nelson Wieman. It was a “Damascus Road” experience. For the first time I found a man who was speaking my language, expounding a religion that demanded my attention. The way was open!

I came to the University of Chicago in the fall of ’36 and have been totally involved in preaching a Naturalistic Religion since that time. The religion I preached is the religion of my culture—Christianity. I have never preached a sermon without a biblical text. I have never, even slightly, encouraged any supernatural idea or belief. I have never taken refuge in any absolute. I have never pretended to speak for “God.” I use the term “God” poetically. My quest is to find the spirit, to find the meaning and worth of Life. The function of the church is to find a way to encourage people in the quest.

“Here’s to the wonder, miracle, glory and joy of life.”