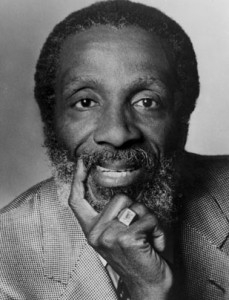 Richard Gregory was born October 12, 1932, in St. Louis, Missouri. Reared in poverty, Gregory began working at an early age to help support his family. He was involved in sports and social causes in high school, and he entered Southern Illinois University on an athletic scholar in 1951, excelling as a middle-distance runner. He was named the university’s outstanding student athlete in 1953, the same year he left college to join the U.S. Army, where he hosted and performed comedy routines in military shows.

Dick Gregory began his professional career in 1958 as a master of ceremonies at several Chicago nightclubs. In his numerous television, nightclub, and concert routines, he targeted poverty, segregation, and racial discrimination.