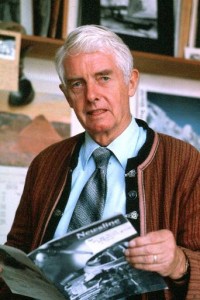 David Brower transformed the Sierra Club from a small hiking group into a political powerhouse during his nearly 70 years of environmental activist. Brower became the club’s first executive director in 1952, when it had 2,000 members. When he left in a dispute with the board in 1969, it had 77,000 members. It now has more than 600,000 members and substantial influences in Washington and state capitals. Bower also founded other groups, including the League of Conservation Voters.

President Clinton, who has created or expanded national monuments covering about 4 million acres in the West, called Brower “one of the earliest and most ardent defenders of the extraordinary natural heritage that enriches and unites all Americans.”

Let the Mountains Talk, Let the Rivers Run: A Call to Those Who Would Save the Earth