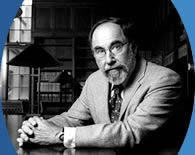 David Baltimore won the Nobel Prize in Physiology or Medicine in 1975. The following is an autobiography:

My interest in Biology began when I was a high school student and spent a summer at the Jackson Memorial Laboratory in Bar Harbor, Maine. There I first experienced research biology and saw research biologists at work; this experience led me to become a biology major at college.

I went to Swarthmore College where I began as a major in biology but switched to chemistry later so that I could carry out a research thesis. Between my last two years at Swarthmore I spent a summer at the Cold Spring Harbor Laboratories working with Dr. George Streisinger, and the experience of working with and watching that great teacher led me to molecular biology.

I started graduate school at Massachusetts Institute of Technology in biophysics, but when I decided to work on animal viruses, I left MIT to study for a summer with Dr. Philip Marcus at the Albert Einstein Medical College and to take the animal virus course at Cold Spring Harbor, then taught by Dr. Richard Franklin and Dr. Edward Simon. I joined Dr. Franklin at the Rockefeller Institute to do my thesis work and then continued in animal virology as a postdoctoral fellow with Dr. James Darnell. I had already found that much could be learned by studying virus-specific enzymes, so I studied for a while with Dr. Jerard Hurwitz at the Albert Einstein College of Medicine to learn from someone who knew enzymology as a professional.

My first independent position was at the Salk Institute at Law Jolla, California, where I had the rare opportunity to work in association with Dr. Renato Dulbecco. After 2 1/2 years away from a university setting, I returned to MIT in 1968 and have remained there. In 1974, I joined the staff of the MIT Center for Cancer Research under the directorship of Dr. Salvador Luria because I had found that my research interests, that previously had involved mainly the non-oncogenic RNA viruses, were more and more focused on the problems of cancer.

While carrying out an active research program, I found myself drawn to administration of scientific institutions and I have maintained both interests to this day. My first foray into administration came about through an encounter with Mr. Jack Whitehead. He offered me the opportunity to start a small research institute, which he would fund. We founded the Whitehead Institute for Biomedical Research as an independent entity allied with MIT, devoted mainly to developmental biology. I was able to attract an amazing faculty and the Whitehead has continued as a great institution. One of its faculty, Eric Lander, was the driving force for the sequencing of the human genome and he has now generated an offspring of Whitehead, the Broad Institute.

I went from MIT and Whitehead to New York in 1990 to be President of the Rockefeller Institute, my graduate alma mater. I only stayed in that position through 1991 because a misconduct case against a collaborator of mine became a drag on my effectiveness. I returned to MIT in 1994 but was again taken away in 1997 to be President of the California Institute of Technology (Caltech). For the last eight years I have had the honor and challenge of running this great institution, described by my wife as the last ivory tower. As a student, I had learned about the physical sciences but as a biological research scientist I had had little interaction with the great advances in the field; coming to Caltech greatly broadened my appreciation for the remarkable advances being made across the board in science and technology.

Ahead of the Curve: David Baltimore’s Life in Science