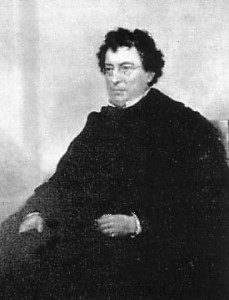 Cornelius Conway Felton, the twentieth president of Harvard College, was born in West Newbury, Massachusetts, November 6, 1807. His early education was gained in spite of obstacles which would have discouraged a less enthusiastic scholar; and although he had the advantage of good instruction in the classics only one year and nine months before he entered college, his slender opportunities were most conscientiously improved. When he entered Harvard College in 1823,—according to the testimony of an intimate friend and classmate,—“his acquisitions, especially in the Greek and Latin classics, were far beyond the requirements of that institution, and, under the circumstances, quite astonishing.” He graduated in 1827 with high rank in his class. After teaching school two years in Genesee, New York, he was appointed Latin Tutor in Harvard College in 1829, and Greek Tutor in 1830. From 1832 to 1834 he was College Professor of Greek, and from 1834 to 1860 Eliot Professor of Greek Literature. He was made President of the University in 1860, and held this office until his death, February 26, 1862.

President Felton’s contribution to literature were many and various. He published editions of the Iliad, the Clouds and Birds of Aristophanes, the Panegyricus of Isocrates, and the Agamemnon of Aeschylus; besides editing a Greek Reader, with selections in prose and verse, and a volume of selections from modern Greek writers. He translated several essays and larger works from the German and French; and contributed numerous articles to encyclopedias, reviews, and newspapers, as well as to the published memoirs of the many learned societies to which he was connected. He edited an American edition of Dr. Smith’s History of Greece, and added to it a continuation covering the period from the Roman Conquest of Greece to the latest times. He left unfinished the commentary to a most excellent volume of selections from the Greek Historians. Since his death, the Lowell Institute has published two large volumes containing his four courses of lectures on Greek Language and Poetry, the Life of Greece, the Constitution and Orators of Greece, and Modern Greece, which were delivered in 1852, 1853, 1854, and 1859 before popular audiences in Boston. 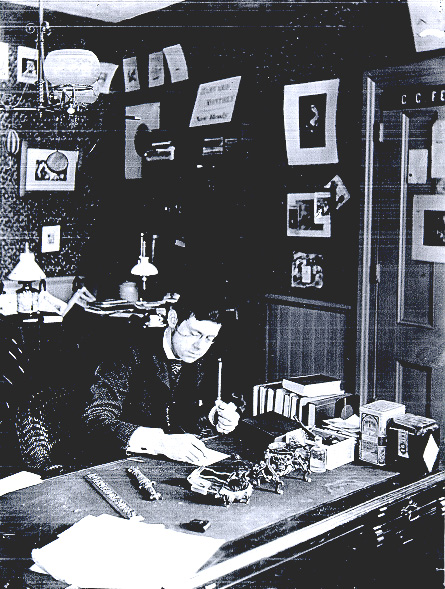 Cornelius Conway Felton as a student.

The Life and Contribution of
Cornelius Conway Felton

Mr. Felton inherited from his parents superior intelligence and moral worth, but was indebted to friends who saw his early promise for the aid and encouragement in the pursuit of a liberal education which his father was unable to render. He was distinguished in college for his power of rapid acquisition, his scholarly tastes, and his proficiency in the Latin, and especially in the Greek, language and literature, in which last he was not only recognized as the first scholar among his coevals, but left the second far behind him. Indeed, before he graduated, his life-work seemed to be marked out for him.

Immediately on graduating, he went to Genesee, N.Y., to take charge with two of his classmates, of a classical school then recently established. After two years he returned to Cambridge as tutor in Greek, became College Professor of Greek in 1832, and succeeded Dr. Popkin as Eliot Professor of Greek Literature in 1834. In the academic year, 1832-33, I was a tutor in mathematics, and lived in Hollis. Felton had taken the room in Holworthy which Dr. Popkin had occupied for many years. He and I, as in college age the oldest of the parietal officers, had the chief charge of the police of the college-yard; and in one respect we instituted a new method attended by the desired result. Bonfires had been of frequent occurrence in the college-yard. Petroleum had not then been discovered, nor were tar-barrels easily procured; but the fires were made of honest wood from the students’ own wood-piles. The chief object of these fires was, undoubtedly, to bring out the posse of parietal officers in chase of the noisy groups, that scattered when they were approached, and dodged the dark-lantern when the slide was removed and the light almost flashed upon the offender’s face. We determined to direct our attention n such cases to the fire, and not to the students. We pulled the ignited sticks apart; and, when the fire was thus arrested, we conveyed the fuel to our own rooms. After two or three experiments, the students grew tired of furnishing kindling-wood to their teachers; and the wonted blaze and outcry ceased for the rest of the year.

For thirty years Mr. Felton instructed college-classes in Greek, and for twenty-six years was at the head of the department. In the classroom he was the opposite of rigid and exacting, and an indifferent scholar was put by him under no compulsory pressure; but those who were ready to learn received from him the most ample aid, and derived from their intercourse with him the strongest stimulus to persevering industry. Indeed, such students as were disposed to love classical literature were drawn to him by elective affinity; and, as he reached and passed middle life, there were always among the habitués of his house, and his intimate associates, those many years his juniors, with whom he grew young again in their common enthusiasm for Greece and its monuments. at the same time his genial disposition and his fellow-feeling with young life, which never waned, made him a favorite teacher, even with those who profited the least by his instruction.

When the presidency of the college became vacant by the resignation of Dr. Walker in 1860, Mr. Felton was not only chosen as his successor, but was designated by all the friends of the college as the only man who should or could be chosen. In this office it can hardly be said that he met, but he very far transcended, the expectations of his friends. They thought that he would fill the office with dignity and grace, and adorn it by the breadth, thoroughness, and fame of his liberal culture; and herein they were not disappointed. But they hardly expected that he would take upon himself in full the unnumbered details of prosaic duty and service which then made the presidency of Harvard University as multifarious a charge as could well be devised or imagined. Yet with an intense feeling of responsibility he entered upon a singularly energetic administration, mastering all the details of the office, taking cognizance of the work of all the teachers, and making himself felt in every department, not merely as a gracious presence, but as an efficient force. He even became, when there was need, a strict disciplinarian; though, in the infliction of censure and penalty, he evidently felt more pain than he gave.

I entered on my duties as professor simultaneously with his assuming the presidential chair, and my first official service was as chaplain at his inauguration. We met daily, at morning prayers; and, unless the weather were very inclement, we walked together after the service, up and down the college-paths, for fifteen or twenty minutes, or longer, oftener than not talking over the college concerns which, for the time, were giving him trouble or solicitude. I could see that his work was wearing upon him, and that the incessant strain and tension were more than he could bear. Symptoms of heart-disease which had already made their appearance, from the moment that he changed his sedentary habits for a more active life, became more and more pronounced and alarming. He continued, however, in full work till the close of the first term in the academic year 1861-62. At the beginning of the winter vacation, he was induced to seek relief by a change of scene and surroundings; and he visited his brother at Thurlow, Penn. Here his disease advanced rapidly to a fatal issue. After an attack in which his death was expected from moment to moment, he seemed for a little while convalescent. On the first day of the new term, I received a letter from him, dictated, as I afterward learned, when respiration and utterance were intermittent and painful, telling me that, as he had lain at the point of death, he had thought much of three students, who, otherwise without reproach, had received severe sentences from the Faculty for complicity in a serious hazing affair, and he was looking in the grateful hope of renewed life, that the Faculty would remit the remaining portion of their sentence. On that evening, as the senior member of the Faculty, I presided at the regular meeting, read his letter, and obtained the desired vote. I had hardly reached my home when I received a telegram announcing his death. 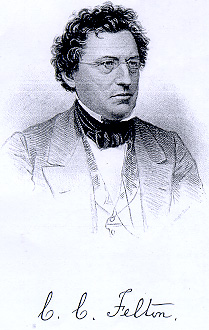 As regards literary labor, Mr. Felton contributed more than his share to various works, in which he was a joint author or editor with men of kindred tastes; and he published editions of several Greek works, with introductions and notes, for college use. He wrote many valuable articles for reviews and for Appleton’s Cyclopaedia. He published many lectures and addresses, all of them, though ephemeral in form, elaborate in preparation, and worthy of more than a pamphlet’s transitory life. But the works that do him the greatest honor were those published after his death, of which, as his friend of many years’ standing, I undertook the editorship. One of these works is Familiar Letters from Europe, which were written with no thought of publication, yet needed but a penstroke here and there to make them perfect as a record of travel; and the other, Greece, Ancient and Modern. This last comprises in two octavo volumes four courses of lectures before the Lowell Institute.