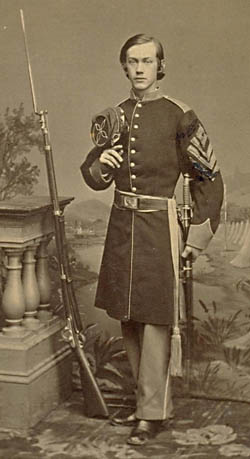 An important figure in the international organization of liberal religion, Wendte was born on June 11, 1844 in Boston, the son of German refugees. After his father died when Charles was young, his mother supported the family by teaching German and running a boarding house. Theodore Parker was one of her students, and became an important influence on Wendte. Unfortunately Wendte developed tuberculosis, and was advised to head west. When he was 14 he moved to California and worked in a store and a bank. He fell under the influence of Thomas Starr King, who became minister in San Francisco in 1860. During the war he served as a drill sergeant, as his health became completely restored. In 1866 Wendte went back east and began to attend Meadville Theological School after discussions with Henry Whitney Bellows and Edward Everett Hale. His success at Meadville convinced officials at Harvard Divinity School to admit him even though he had no college education. He graduated in 1869. He was ordained that same year at Fourth Unitarian Society in Chicago, where the congregation grew and they built a new building.

In 1876 Wendte was invited to be minister at First Unitarian in Cincinnati. During his ministry there, one of his parishioners, Sallie Ellis, began the American Unitarian Association (AUA)’s Post Office Mission sending out AUA tracts to persons in the West. Although Wendte had a successful ministry, ill health forced him to take a less demanding position in Newport, Rhode Island at Channing Church from 1882-1885. With his health restored Wendte was appointed secretary for the AUA on the Pacific Coast. He then embarked on a 12 year ministry of founding and organizing new congregations, including Salem, Oregon and Spokane, Washington. He centered his labors in Oakland, California, where he was the founder and minister of the first church there. In 1886 he helped to reorganize the Pacific Coast Conference of Unitarian and Other Christian Churches. That same year he married Abbie Louise Grant.

The idea of establishing a training school for West Coast ministers surfaced at a Pacific Coast Conference meeting in 1889, and Wendte served on the committee to explore its formation, but nothing was organized until 1904. Wendte returned to his AUA job, from which he had resigned in 1889, in 1893 with a new title, superintendent of the AUA of the Pacific Coast, but then he resigned from the Oakland church in 1895. In 1898 he served as supply minister in Los Angeles. In 1900 the International Council of Unitarian and Other Liberal Religious Thinkers and Workers was organized in Boston at the time of the 75th anniversary of the AUA. Wendte was named executive secretary.

International work became the great mission of his life, but his dream of an international movement died with World War I. He traveled for part of every year, trying to extend the liberal message in Europe. He helped support himself by serving churches near or in Boston (Newton Centre, Parker Memorial in Boston and Brighton), and by being secretary for foreign relations of the AUA. He helped organize biennial congresses of the International Council. He also became involved as executive secretary of another group, National Federation of Religious Liberals, which he helped organize. They promoted tolerance and freedom across denominational lines. Later it evolved into the Free Church Fellowship, after Wendte had left its leadership. After World War I he turned his attention elsewhere. His main focus was the Pacific Unitarian School for the Ministry, which he had labored to found many years before. Wendte was a talented musician. He also wrote hymns, and early in his career had edited a song book for Sunday Schools, The Sunny Side. He continued to publish widely including editing the papers of the International biennials, a hymnbook for children, Jubilate Deo, a biography of Thomas Starr King, and his own autobiography, The Wider Fellowship.