Charles W. Eliot II was a product of his New England heritage, which gave him a strong sense of the power of place as well as the compelling role models who shaped his career.

The Eliots were among the original Boston Brahmins. Catherine Eliot, the daughter of a wealthy merchant, established the Cambridge branch of the family in 1821 when she used her inheritance to purchase the Shady Hill estate, off Kirkland Street. Her husband Andrews Norton, the Dexter Professor of Sacred Literature, and her brother, Samuel Atkins Eliot, the future mayor of Boston, created Norton’s Woods, a thirty-acre landscaped setting that nurtured generations of landscape architects.

In 1858, Samuel Atkins Eliot and his family also settled at Shady Hill. His son Charles W. Eliot, shortly before he became president of Harvard University, helped finance their new house and lived in half of it until 1867. Here Samuel’s grandson Charles Eliot the landscape architect was born in 1859.

Young Charles Eliot “early developed a talent for sketching, a sense of locality, a fondness for maps, and an appreciation of scenery.” After graduating from Harvard in 1882, he took a junior position with Frederick Law Olmsted, who had just established his office in Brookline, and then traveled in Europe. On his return, he established an independent practice in Boston and began an extraordinary career as an advocate of parks and public open spaces for American cities. He helped found the Massachusetts Trustees of Public Reservations, the first landscape preservation organization in America, and helped plan and implement the Boston Metropolitan Park Commission, which in a short time built a regional park system extending from the Blue Hills in Milton to Revere Beach.

Eliot returned to the Olmsted firm in 1893 and participated in projects throughout the United States. His untimely death from meningitis in 1897 cut short a life of great potential. President Eliot wrote a biography of his son to memorialize his work and to express his unfulfilled mission.

Two years after Charles’s death, his brother Samuel produced President Eliot’s first grandson. Eliot decided that he would also be named Charles and would become a landscape architect. With these inescapable expectations, the boy’s career seemed predestined.

Charles W. Eliot 2nd must have developed his strong personality in reaction to his grandfather, who became the dominant figure in his life. He entered Harvard College in 1917 but left the following year to join the American Red Cross as an ambulance driver on the Italian front. Returning to college, he graduated with his class in 1920 and received a master’s degree in 1923 from the School of Landscape Architecture; according to Eliot, his grandfather had established the program in 1900 with him in mind. Like his late uncle, he studied Norton’s Woods, apprenticed with the Olmsted firm, toured Europe, and on his return established an independent practice in Boston and became secretary of the Trustees of Public Reservations. 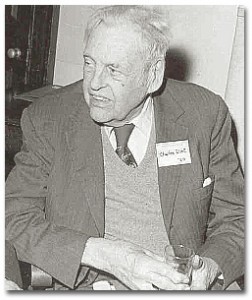 After President Eliot’s death in 1926, Charles left Boston to join the National Capital Park and Planning Commission, where he worked until 1933. He served as the director of the National Resources Planning Board from 1939 until Congress abolished it in 1943. He then moved to Pasadena, California, where he worked for private foundations in Los Angeles and for the San Diego City Planning Commission.

Charles returned to Cambridge after his parents died in the early 1950s and moved into his childhood home at 24 Reservoir Street. He resumed his practice as a planning consulant and in 1954 joined the faculty of the Graduate School of Design as Charles Eliot Professor of Landscape Architecture. He joined the board of the Trustees of Reservations (its modern name) and served as president of the Cambridge Historical Society from 1970 to 1978. He fought to save the sycamores on Memorial Drive and to prevent the construction of an office building on Cambridge Common. He helped establish the Cambridge Historical Commission in the early 1960s and remained a member until his death. 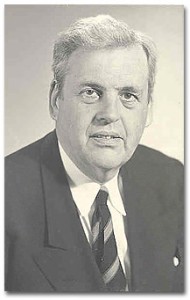 I have indeed been fortunate in family affection and good friends, and in the opportunities to work in fields and for causes that were exciting, challenging, and satisfying. I just had an idea that planning—looking ahead—might be both fun and useful. About the only place in this country where one could get some training for planning in 1920 was the Graduate School of Landscape Architecture. Family and friends gave me opportunities and my thesis plans for a Spy Pond Park and the low rate of my first professional fees combined in convincing the Town of Arlington that I could make them a Town Plan. From that came chances to work in Bedford, Duxbury, and Yarmouth. Among these first jobs was a report on traffic around the Yard and Harvard Square for the Harvard Corporation‚—one of the many fruitless attempts to by-pass traffic around the buildings of the University.

In the summer of 1925 came a telegram from Washington—Job here would have jumped for at your age—and so I began eighteen years as a civil servant. As city planner and later as director of planning for the National Capital Park and Planning Commission it was my job until 1933 to advise the commission on the location and boundaries of areas which were purchased for parks and playgrounds, on location of highways and public buildings, and all kinds of public improvements—including sewers. The high spots were the efforts to get the Potomac Valley reserved for park, the Parkway to Mount Vernon, an unsuccessful battle for adequate parking space in the Triangle, and a great deal of public speaking about future Washington. There is a tremendous satisfaction in being able to say (not just to oneself), I had a part in saving this stream valley, in laying out this street, or opening that vista.

As I learned more about our country, the need and possibility of national planning became my chief interest. I tried to get the Hoover administration interested and when Roosevelt was elected, I thought I wanted to be an Assistant Secretary of the Interior in order to influence national conservation policy. Fortunately that didn’t work out and instead, in August, 1933, I started ten years as executive officer—later director—of the National Planning Agency. The National Planning Board, headed by Frederic A. Delano, ’85, was first organized as a part of the Public Works Administration and our first undertaking was a “plan for a plan” which we presented to the President at Hyde Park in June, 1934. My nomination as director of the National Resources Planning Board went to the Senate and was confirmed.

The principle tangible result of those ten years of work is a long list of printed reports which bring together data on our resources—natural, man-made, human, and institutional‚—as the basis for policy proposals. We printed so much material that I was accused of trying to outdo the Five Foot Shelf. The Resource Planning shelf is longer. With the outbreak of the war in Europe the board’s activities were concentrated on defense planning and by special instruction of the President in January, 1940, we turned to post-defense or postwar planning.

The trouble with an account like this one is that the really important things don’t get proper place and emphasis—a very happy marriage, four vigorous youngsters, and decidedly an eventful life. I have indeed much to be thankful for!

— Abridged from the 25th Anniversary Report of the Harvard Class of 1920, courtesy of Harvard University Archives

The Biography of Charles William Eliot