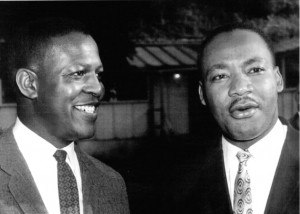 Charles V. Willie grew up in Dallas and attended Morehouse College and Atlanta University, two historically black institutions. He entered Morehouse in 1944; he and fellow classmate Martin Luther King, Jr., were in the first early admission class. He received his doctorate from Syracuse University.

Willie has dedicated his professional life to solving social problems. His research interests include desegregation, higher education, public health, race relations, urban community problems, and family life. His expertise in the area of school desegregation is widely known. He has served as a court-appointed master, expert witness, and consultant in many school desegregation cases. In 1975, Willie served as a court-appointed master in the Boston school desegregation case and later was retained to develop a controlled choice student assignment plan for Boston and several school districts. President Jimmy Carter appointed Charles Willie to the President’s Commission on Mental Health.

In 1974, Willie delivered the ordination sermon in Philadelphia when the first 11 women were ordained as Episcopal priests, an act which led Ms. magazine to name him a male hero for his courageous action on behalf of women. Charles Willie, the Charles W. Eliot Professor of Education, Emeritus, at the Harvard Graduate School of Education, was awarded the 2005 American Sociological Association Career of Distinguished Scholarship Award. The award was presented in recognition of Willie’s lifetime commitment to the profession of sociology and his cumulative work that has contributed significantly to the advancement of the discipline.