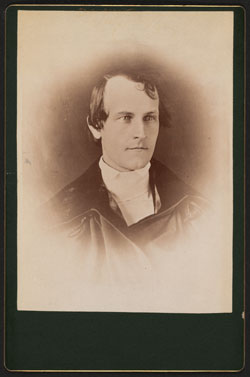 Charles Henry Appleton Dall was born in Baltimore, February 12, 1816. His parents were from Massachusetts, his mother being a sister-in-law of Dr. Horace Holley, minister of the Hollis Street Church in Boston. In his seventh year Charles Dall was adopted by his bachelor uncle and maiden aunt, William and Sarah Dall of Boston, and prepared for college in the Boston Latin School. He graduated at Harvard in 1857 and from the Divinity School three years later. His college life was marked by conscientious diligence and fidelity to every duty. It is recorded of him that he often found himself in disagreement upon matters of college interest with the majority of his classmates; and, as he had an almost morbid desire for approbation, his experiences were sometimes painful. They served, at least, to display the firmness of his moral decisions. He always spoke of his college experience with warm gratitude, but his years there were certainly not years of unmixed happiness.

Upon leaving the Divinity School, he enlisted at once in the ministry-at-large, and was ordained to this ministry in St. Louis in 1841. Under the direction of Dr. Eliot he labored in the free schools and was the founder of the still existing Mission School. He continued these labors at Baltimore, his birthplace, from 1843 to 1845, and there married Caroline Healey, who carried on much of his work during his frequent illnesses. Ill-health, which had previously obliged him to take a long sea voyage to Europe, necessitated his withdrawal from the ministry-at-large. For two years he was minister of the Unitarian society in Needham; and then, after eighteen months of sickness, he accepted a call to Toronto, Canada, where he passed four happy years. Ill-health again prostrated him; and, after a long brain fever, he was forced to resign and to abandon all active work.

It was at this time that the Rev. Charles T. Brooks, of Newport, returned from a journey round the world with his mind and heart quickened to the importance of a Unitarian mission at Madras, India. He appealed to the American Unitarian Association to establish a mission in India. Mr. Dall was very much interested in this proposition, and volunteered for the proposed mission. His commission from the Association bore date of February 22, 1855— a good day on which to begin an American Enterprise—and six days later he sailed from Boston for Calcutta in the ship “Napoleon.” His instructions were of the broadest character, and he was free to build up his work according to his own plans and desires. The Secretary of the Association wrote:

You go out as a Unitarian missionary because we have reason to believe that many will receive the gospel as we hold it, who reject the errors which we believe others have added to the faith once delivered to the saints. But you are not expected to carry mere doctrinal discussions and sectarian strifes to those distant lands…. We wish you, wherever you may meet missionaries of other denominations, to cultivate friendly relations to them, and to try to make them feel that you are laboring, not for a sect, but through a love for the souls of our fellowmen, and in obedience to His words who said, “Go ye into all the world, and preach the gospel to every creature.” 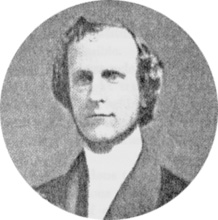 To this truly catholic apostolic charge Mr. Dall was faithful in spirit, thought, word, and life. Five times during his thirty years of missionary life he returned to America, but only to secure new resources and to go back to his mission. His work consisted of preaching, Sunday-school instruction, lectures, preparation of newspaper articles, leaflets, and little books, the foundation of industrial schools, the distribution of literature. He was able to interest many wealthy individuals in America in his plans and in his work for the education and relief of the people in his charge. He himself inherited a considerable fortune, but spent nearly all of it on his work. He died, greatly lamented, at Calcutta, July 18, 1886.