Part 4: The Psychology of Sensation and Humanism

In 1928 Hartshorne became a professor at the University of Chicago. Shortly after his arrival he received a dinner invitation from Dorothy Eleanore Cooper, a Chicago resident whom he had met in 1926 when she was a student at Wellesley College. They were married on 22 December 1928. Hartshorne credited her with improving his writing style through her diligent work as a proofreader; she also published bibliographies of her husband’s works. The Hartshorne’s only child, Emily, was born in 1940. 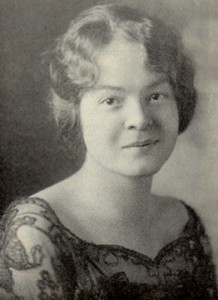 In his first book, The Philosophy and Psychology of Sensation (1934), Hartshorne argues against the prevailing paradigm of the day that sensory modalities are not isolated, irreducible, or sui generis. The physiologist Hermann von Helmholtz, for example, claimed that while comparisons of sensory qualities within a modality are possible comparisons between modalities are not. For instance, one could say that orange is more similar to red than to yellow but to say—except as a matter of poetic license—that a sound was more like red than like yellow would be meaningless. Hartshorne marshals anecdotal evidence, empirical studies, and philosophical arguments against Helmholtz’s view. Ordinary language knows nothing of the utter incomparability of sensory qualities, he says: people speak of warm colors, bright sounds, smooth tastes, hot fragrances, and bitter feelings of cold. In some cases, the differences between sensory modalities are difficult to discern. The taste of wine is mostly in its fragrance; the apparent aroma of sugar is in the intensity of its taste. Helen Keller, blind and deaf from an early age, claimed to understand colors and sounds by means of analogies drawn from her experiences of touch and smell. Hartshorne argues that meaningful analogies among the senses are possible because sensory qualities exist along an “‘affective continuum’ of aesthetically meaningful, socially expressive, organically adaptive and evolving experience functions.” He concedes that the entire continuum is not found in experience; nevertheless, he maintains that the differences between the senses are matters of degree. 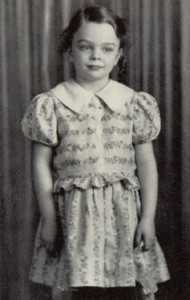 The central point in Hartshorne’s theory is that all sensations are feelings, whereas not all feelings are sensations—hence the “affective continuum.” Hartshorne calls the dominant view in philosophy and psychology, that affective tones are associated with or added to bare sensations through experience, the “annex view of value.” His counter-examples to the annex theory are mainly drawn from touch, taste, and smell, senses in which the felt relevance of the body is most immediate. He asks, for instance, whether a pain could be anything but unpleasant. That in ordinary language a pain is both a sensation and a feeling is not insignificant, he says. The emotional qualities of colors and sounds are, Hartshorne admits, not as obvious, but are no less real. “The ‘gaiety’ of yellow (the peculiar highly specific gaiety) is the yellowness of the yellow.” 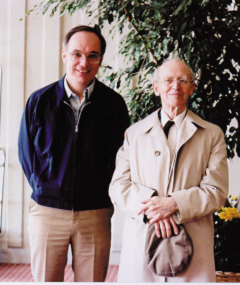 Hartshorne does not deny that feelings can be annexed to sensation; he denies that sensations have no intrinsic affective dimensions. In a 1934 article, “The Intelligibility of Sensations,” he notes that he acquired a fondness for the odor—if not too strong—given off by a skunk, while never failing to perceive it as distinctly disagreeable. Environment, history, and culture can affect the emotions associated with sensory qualities, but it does not follow that feelings are arbitrarily “added on” to sensations. Wayne Viney notes in his contribution to The Philosophy of Charles Hartshorne that evolutionary considerations support Hartshorne’s theory: sensations must have adaptive value for the organism, but how sensation, stripped of feeling, could help an animal adapt is difficult to understand. Viney concludes that Hartshorne’s theory of the affective continuum is “more clearly biological than many of its predecessors.”