Charles Hartshorne: From Kittanning to Cambridge 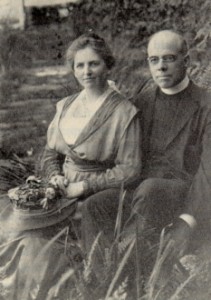 Hartshorne (the name, which means “deer’s horn,” pronounced “hart’s horn”) was born on 5 June 1897 in Kittanning, Pennsylvania to Francis Cope Hartshorne (1868-1950), an Episcopal minister, and Marguerite Haughton Hartshorne (1868-1959). He was named for a grandfather who helped design a transcontinental railroad; the town of Hartshorne, Oklahoma was named after the grandfather. He had one older sister, Frances, and four younger brothers: identical twins Henry and James, and Alfred. Richard, who was born in 1899, became a well-known geographer; he died in 1992.

From his parents Hartshorne learned a tolerant and liberal form of Christianity. In his autobiography, The Darkness and the Light (1990), he recalls his mother telling him, “Charles, life is big!” The family moved to Phoenixville, Pennsylvania, in 1909. From 1911 to 1915 Hartshorne attended Yeates Boarding School in Lancaster County, Pennsylvania, where he read Ralph Waldo Emerson’s Essays (1841) and Matthew Arnold’s Literature and Dogma (1873). After reading Emerson, he says in the preface to The Logic of Perfection (1962), he resolved to “trust reason to the end.” InExistence and Actuality (1984), edited by John B. Cobb Jr. and Franklin L. Gamwell, he says that “Arnold’s book was almost like an explosion in my mind,” and, to the distress of his parents, was the catalyst for breaking with orthodox Christianity. He did not become an atheist, however: throughout his career he attempted to formulate a concept of God that is at once rationally defensible and religiously satisfying. While at Yeates he also developed his lifelong interest in bird song.

Hartshorne entered Haverford College in 1915. There he studied with the Quaker mystic Rufus Jones, who gave him a sense of the limitations of philosophic thought by telling him that an impasse exists somewhere in every philosophical system. Jones also argued that the difference between mystics, who claim a direct experience of the divine, and other people is only a matter of degree. God, if truly omnipresent, cannot be totally absent from any experience; the question is the extent to which one is aware of what one is experiencing. This idea became a distinctive feature of Hartshorne’s theism. 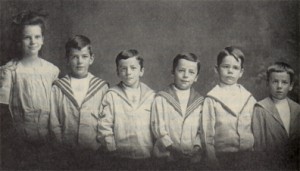 Under Jones’s influence, Hartshorne read Josiah Royce’s The Problem of Christianity (1913). Royce’s essay on community persuaded Hartshorne that self-interest is not the only or even the most basic human motivation: an individual’s identity is partly the product of sharing in the lives of others; hence, the self in whom one is interested cannot be separated from the selves of others. Self-interest, then, necessarily involves interest in others. Thus, Hartshorne rejected the theory of psychological egoism, according to which all of one’s actions are undertaken with the motive of benefiting oneself. Hartshorne later saw that Royce’s view further implies that self-identity is not absolute. To say that one is “the same person” throughout one’s life is an abstraction from the fact that one changes from moment to moment. In Hartshorne’s mature philosophy these insights are generalized into the claim that all of reality, including God, has an essentially social structure.

World War I cut Hartshorne’s study at Haverford short. He knew of Jones’s pacifism and was, for a time, attracted to Leo Tolstoy’s defense of the doctrine. Although he came to reject pacifism in its extreme form, he did not fancy himself a warrior. He therefore volunteered for medical service and spent 1917 to 1919 as an orderly. Crossing the Atlantic he had a near mystical experience while contemplating H. G. Wells’ defense of a finite God in the now largely forgotten novel Mr. Britling Sees It Through (1916). The relative peace of the hospital where he worked, near Le Tréport, France, some distance from the front lines, afforded him time to read William James’s The Varieties of Religious Experience (1902). James respected the demands of reason without assuming that religious experience should be explained away. This position, and James’s attack on traditional theology, helped Hartshorne in his attempt to think clearly about God. He reached the conclusion that the world is always experienced in emotional terms, though sometimes the affective dimension of experience is so subtle that it goes unnoticed. Experience never reveals the world as the materialist describes it, devoid of affective coloring. Thus, by this point in his development Hartshorne had rejected both psychological egoism and materialism.

In 1919 Hartshorne entered Harvard University where he majored in philosophy and minored in English Literature. Although he never considered himself a “Harvard man,” he helped reinstate the Liberal Club and, as president of the Philosophy Club, invited Mary Whiton Calkins to speak. His teachers included James Haughton Woods (named after Hartshorne’s maternal grandfather), William Ernest Hocking, H. M. Sheffer, Ralph Barton Perry, and C. I. Lewis. Hartshorne had five courses with Lewis and says that he learned most from him. Hocking, however, convinced Hartshorne that the future might be open, even for God: if the future exists as a realm of possibilities, then God must know it as such; to know possibilities as already settled would be ignorance, not knowledge, and God cannot be ignorant.

In 1923 Hartshorne submitted his dissertation, which will be published posthumously in 2004, asThe Unity of Being. In Creativity in American Philosophy (1984) he describes the work as “a more or less systematized and energetically defended, but on the whole somewhat naive and best forgotten, form of process philosophy.” In the dissertation he defends “teleological monism,” the view that all things are contained within the unity of God, who is the supreme instance of value; value, moreover, is relational or social. Several more years were required for Hartshorne to refine and clarify his position.

From 1923 to 1925 Hartshorne was a Sheldon Traveling Fellow in Europe. He spent most of his time in Germany but also visited England, France, and Austria. Of the many philosophers he met, the best known were the phenomenologists Edmund Husserl and Martin Heidegger. Husserl’s ideal of a presuppositionless beginning in philosophy struck Hartshorne as naive, and he says in “Some Causes of My Intellectual Growth” in The Philosophy of Charles Hartshorne (1991) that he sided with Heidegger in believing that “being in the world is indeed the basic datum, present even in dreams.” Since he believed that all experience is suffused with affective tones, Hartshorne also objected to Husserl’s dualism of sensation and feeling. When he asked Husserl about this matter, he says in “Some Causes of My Intellectual Growth,” the phenomenologist replied, “Vielleicht haben Sie Etwas” (Perhaps you have something). In 1929 Hartshorne published in The Philosophical Review the first English review of Heidegger’s Sein und Zeit (1927; translated as Being and Time, 1962); the review was incorporated into chapter seventeen of his second book, Beyond Humanism (1937).