God is required by Hartshorne’s metaphysics of indeterminism and psychicalism. Ordered or law-like relations in nature must be explained, if at all, by the creativity of one or many of the actualities comprising the universe. The order in question, however, is cosmic in scope. The cosmic order cannot be explained by a mutual adjustment among entities within the universe, for there must already be order if there are to be entities. Nor can the cosmic order be explained by the currently fashionable chaos theory, for this theory presupposes a cosmos in which new forms of order appear. Only a being whose influence extends to all times and places—an all-inclusive being—could account for order on a cosmic scale. Thus, Hartshorne says, “metaphysics is no more and no less than natural theology.” 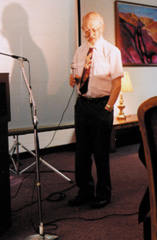 Hartshorne argues that neither the various orders within the universe nor the order of the universe is absolute. Indeterminism implies that ordered relations within nature are best expressed as probabilities (what scientists call stochastic laws). Furthermore, the laws themselves are not absolute: God determines the cosmic order, not for eternity, but for an extensive but limited time. The laws of nature that exist are contingent, but that natural laws exist is not contingent. A necessary truth requires no explanation; therefore divine activity does not explain order per se, but only the particular laws that obtain in the endless sequence of universes—what Whitehead called “cosmic epochs.”

Hartshorne contends that the progression of cosmic epochs occurs for aesthetic reasons: the universe as a whole has a beauty that God alone could fully appreciate; beauty requires unity and contrast; the laws of nature provide the unity of the universe. If the counterpoint of rhythms—the activity of the creatures—allowed by those laws were ever exhausted, the result would be, from God’s perspective, monotony. Like the birds of which Hartshorne was so fond, the divine being has a monotony threshold; therefore, new patterns of order, new universes, must be created.

A key to Hartshorne’s metaphysics is the distinctive way he treats polar contrasts such as relative and absolute, subject and object, effect and cause, becoming and being, temporal and eternal, concrete and abstract, actual and potential, contingent and necessary, finite and infinite, and complex and simple. He makes four claims about these sets of contrasts. First, considered as extreme abstractions, they are correlative in that each member of a pair requires the other for its meaning; that is, symmetry of meaning exists between them. Second, when the contrasts are exemplified, they are related asymmetrically. For example, while effect andcause must be defined in terms of each other, actual effects are related asymmetrically to their causes: the man depends, in part, on the boy he once was, but the boy does not depend on the man. Third, in each case the first term is proportional to the second: for instance, effects are to causes as subjects are to objects. Finally, the contrasts are ultimate in that they cannot fail of exemplification: the ultimate contrasts are metaphysical categories that describe every conceivable universe or state of affairs.Hartshorne contends that the progression of cosmic epochs occurs for aesthetic reasons: the universe as a whole has a beauty that God alone could fully appreciate; beauty requires unity and contrast; the laws of nature provide the unity of the universe. If the counterpoint of rhythms—the activity of the creatures—allowed by those laws were ever exhausted, the result would be, from God’s perspective, monotony. Like the birds of which Hartshorne was so fond, the divine being has a monotony threshold; therefore, new patterns of order, new universes, must be created.

Traditional theism is hampered, Hartshorne contends, by what he calls a “monopolar prejudice”: God and the world are put on opposite sides of polar contrasts. The neoclassical alternative is to speak of God as dipolar, as in different respects finite and infinite, temporal and eternal, complex and simple, and so on. The qualification “in different respects” refers to the asymmetrical ways in which these categories apply to God. According to Hartshorne, God’s actual states are contingent, and what all of these states have in common is the necessity of God’s existence. The polar contrasts, when applied to God, result in the doctrine of dual transcendence (or, if one prefers, dual immanence), the view that the contrasts apply to God in an eminent fashion. When he was accused of denying God’s transcendence, Hartshorne would reply that he believed in twice as much transcendence as classical theists. 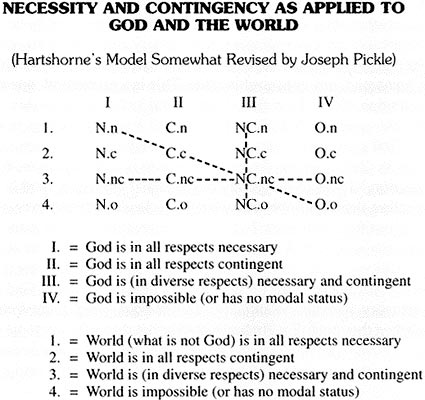 Figure 1: Hartshorne’s Model, somewhat revised by Joseph Pickle, of Necessity and Contingency as applied to God and the World.

Hartshorne notes that the table represents not only the logical possibilities but also the historically significant options: the Hindu Advaita Vedanta (N.0), early Buddhist thought (0.cn), Aristotle’s theism (N.cn), Aquinas’s theism (N.c), the pantheism of the Stoics or Baruch Spinoza (N.n), the atheism of Pierre-Simone LaPlace (0.n), John Stuart Mill’s doctrine of a purely finite God (C.c), Jules Lequyer’s theism (NC.c), Jean-Paul Sartre’s atheism (0.c), and Hartshorne’s neoclassical theism (NC.cn). The table serves as an argument for Hartshorne’s position, insofar as it illustrates that only his view preserves the ultimate contrasts as applied, in different respects, to God and the world.

In The Zero Fallacy and Other Essays in Neoclassical Philosophy (1997) Hartshorne says that “the sixteen options become thirty-two if each is subdivided into those accepting and those not accepting Plato’s mind-body analogy” (he denies that the mind-body distinction is a polar contrast). The number of formal alternatives leaps to 256 (16 x 16) if one combines any two pairs of contrasts—for example, between relative and absolute, finite and infinite, and so forth. More generally, if nrepresents the number of polar contrasts that apply to both God and the world, then 16n represents the number of formally possible concepts of God and God’s relation to the world (16n x 2 if one includes those that accept and those that reject the mind-body analogy).

When Hartshorne says that the polar contrasts apply to both God and the world he may seem to be blurring the distinction between the divine and the nondivine. In fact, however, he distinguishes the two in a different way than classical theists do. The difference between God and a creature is not a difference between the infinite and the finite but between the whole and the fragment. According to Hartshorne, any realization of value, even within the life of God, is a finite realization. The realization of all possible value is impossible, since some positive values exclude each other. For instance, the child at the smorgasbord fills his plate with more than he can eat and discovers the truth that one’s eyes can be bigger than one’s stomach. The creature is identified not by its finitude but by its fragmentariness, the fact that it is part of the universe and not the whole. The fragmentariness includes both spatial and temporal limitations. Unlike God, no creature exists in all times and all places. Hartshorne says that religion is the acceptance of one’s fragmentariness.