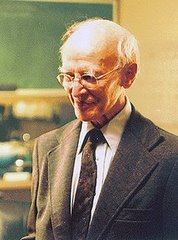 Charles Hartshorne (1897-2000) was the leading representative of what has come to be called process philosophy during the second half of the twentieth century; but his career spanned the better part of the century, and his influence extended beyond philosophy to include theology, psychology, and ornithology. He traveled widely, and he knew or corresponded with many seminal figures in twentieth century philosophy. His publications—including books, articles, and reviews in professional journals—number over five hundred. The journal Process Studies, founded in 1971, is devoted in part to the study and critique of his work. Not without reason did the Encyclopedia Brittanica (15th edition) call Hartshorne the world’s “leading metaphysician.”