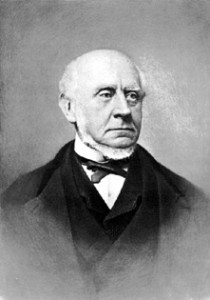 The American diplomat who was son of President John Quincy Adams, traveled in his youth with his parents to St. Petersburg when his father was the U.S. Minister to Russia. After reading law in the office of Daniel Webster, he won office in the Massachusetts General Court, the U.S. House of Representatives, and the Senate. When appointed by Abraham Lincoln as minister to Great Britain during the Civil War, he helped to end the British building of commerce raiders destined to provide arms for the Confederate Navy.

Adams wrote a two-volume biography of his grandfather, John Adams, as well as the Memoirs of John Quincy Adams. His own biography, as part of the “American Statesmen Series,” was written by his son, Charles Francis Adams, Jr.