Born in Lowell, Massachusetts to a prominent family, Blanche Ames was one of six children. Her father, who had been a general in the Civil War and a U.S. Senator and governor of Mississippi, and her mother took an active role in their children’s education. Blanche enjoyed an athletic childhood in which she learned golf, tennis, football and sailing.

At Smith College, Ames was class president and pursued diplomas from both the College and the School of Art, earning an A.B. in 1899. One year later, she married Oakes Ames (unrelated), an instructor in botany at Harvard. Their marriage was a highly successful collaboration in home and family building, art, science, technology and politics.

Between the years 1900 and 1910, they had four children. In 1910, they designed and constructed an impressive stone mansion located in North Easton, Massachusetts. The house was surrounded by 1500 acres called Borderland which the family farmed. The Ames resided at Borderland for the rest of their lives. They were Unitarians who belonged to the Unity Church of North Easton, whose building was designed by John Ames Mitchell. Today Borderland is a State Park.

Blanche established an art studio on the third floor of Borderland for her many artistic projects, which ranged from oil paintings of prominent men and women, to her illustrations of orchids for her husband’s scholarly works to political cartoons. 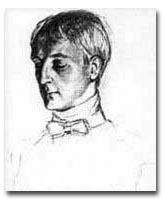 As an artist, Ames is known for her drawings of orchids, which she produced over a period of 50 years to accompany her husband’s groundbreaking scholarly work in orchidology. Little was known about the Orchidicae, one of the largest plant families, before Oakes Ames’ thorough study and classification of them. In search of further identification and knowledge of orchids, Blanche travelled with her husband on expeditions to Florida, the Caribbean, the Philippines and Central and South America. Thanks to his scholarship and thousands of her minutely observed drawings, the Orchidicae is now the best researched and classified of all the large plant families. The Ames’ cumulative work was published in the seven-volume Orchidicae: Illustrations and Studies of the Family Orchidicae. The couple also jointly developed the Ames Charts, using watercolors to illustrate the phylogenetic relationships of the major plants useful to humans. The chart is used to this day. 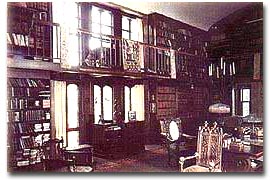 Blanche Ames, a Republican, was a deeply political person and outspoken feminist who lobbied hard for suffrage and for women’s right to birth control. In 1916 she cofounded the Birth Control League of Massachusetts, affiliated with the national group led by Margaret Sanger. She was vocally critical of the Catholic Church’s prohibition of birth control. In her 1931 article “A Grave and Present Danger,” published in the Birth Control Review (Volume XV, Number 4 (April 1931), she wrote, “The long arm of the Catholic Church is reaching into our legislative halls and is directing our legislators to act according to its will… We have all been troubled by the fear that this Catholic threat to our free institutions would materialize if Catholics were given positions of power in our government, but never before in so short a time have events developed in such irrefutable sequence as in this case of opposition to the Doctors’ Birth Control Bill.”

When the ban on dissemination of birth control information was upheld, Ames reacted by suggesting that women take the matter into their own hands. She encouraged mothers to teach birth control methods to their daughters. To help them, she created formulas for spermicidal jellies and provided instructions on how to make a diaphragm by using such everyday objects as a baby’s teething ring. 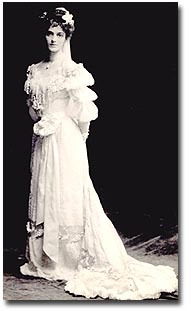 Ames’ involvement with the Birth Control League of Massachusetts came to an end, however, when she quit in outrage at a fundraising advertisement for the league. In the advertisement, the League used the fact that 250,000 babies had been born that year to families on welfare to persuade taxpayers to support birth control.

Blanche Ames Ames was well known as a witty pro-suffrage political cartoonist. In all of her political endeavors, she was actively supported by her husband.

In 1941, Ames became a member of the corporation of the New England Hospital for Women and Children. NEH was run entirely by women for women and children. Its purpose was to offer same sex medical care to women. In 1952 due to financial difficulties, the board of directors opened itself to the possibility of hiring male staff. Ames vigorously fought to maintain the hospital’s almost 100 year old charter. In 1952, as president of the board, Ames successfully spearheaded a massive fundraising effort which raised sufficient funds to ensure an exclusively female staff and administration for the hospital.

Ames’ imagination extended to inventions and engineering. She designed and engineered the dams and ponds throughout the 1250 acre Borderland estate. During World War II, she invented and received the patent for a method of trapping the propellers of enemy airplanes using strings held by balloons.

Ames is notable not only for the breadth of her interests and activities, but for her longevity. At the age of 80, she wrote the biography of her father, General Adelbert Ames, entitled Adelbert Ames: Broken Oaths and Reconstruction in Mississippi, 1853-1933. The biography was prompted by her anger at a suggestion in John F. Kennedy’s Profiles in Courage that her father was a carpetbagger politician in Mississippi. At the age of 90, Blanche received the patent for her invention, “the antipollution toilet.”

Blanche’s daughter Pauline Ames explained her mother’s productivity by stating, “For her to have an idea was to act.” Blanche Ames lived for nineteen years after her husband’s death before succumbing to a stroke at her home, Borderland, at the age of 92. 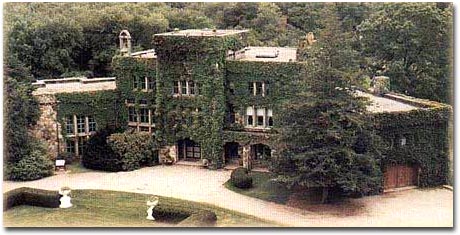 An Appreciation of Blanche Ames

Blanche Ames was an early champion of women’s suffrage, a leader in civic and charitable affairs and an author; but perhaps she will be most widely acknowledged as an artist. Her botanical etchings and pen and ink drawings are displayed in the Botanical Museum and in the Metropolitan Museum of Art, and her oil paintings hang at Harvard, Dartmouth, Columbia, Phillips Exeter Academy, the Mississippi State Hall of Governors and in several private collections.

Her interest in botanical artistry began when, at the Ames Botanical Laboratory at North Easton, she started to illustrate her husband’s publications on new species of Philippine orchids. When Professor Ames transferred his activities to the Museum and installed there the Ames Orchid Herbarium and Library, she intensified her efforts, producing over a period of some fifty years literally hundreds of outstanding line drawings of orchids. When the University added the supervision of the Arnold Arboretum to Professor Ames’ duties, Mrs. Ames undertook the preparation of drawings of a number of horticulturally important shrubs.

Truly a great lady and an outstanding artist, Blanche Ames’ influence will long be felt in botany, for she spent a great part of her life interpreting the beauty of plants for others. This characteristic of her life was appropriately stressed at memorial services for Mrs. Ames by the Rev. Mr. Edmund Palmer Clarke of the Unitarian Church of North Easton: “This was her greatest talent—to know nature—to reproduce it in her drawings for those less perceptive than she, and to give expression to those things which made us better because she had lived amongst us.”

— By Richard Evans Schultes, from the Harvard Botanical Museum Leaflets, 1969