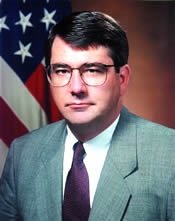 Ashton B. Carter is Ford Foundation Professor of Science and International Affairs; Chair of the International Relations, Science, and Security area; and Co-Director, with former Secretary of Defense William J. Perry of the Preventive Defense Project. From 1993 to 1996 he served as Assistant Secretary of Defense for International Security Policy, where he was responsible for national security policy on arms control in the states of the former Soviet Union, for countering arms proliferation worldwide, and for overseeing the U.S. nuclear arsenal and missile defense programs. He was twice awarded the Department of Defense’s Distinguished Service Medal, the highest award given by the Pentagon. Before his government service, Carter was Director of the Center for Science and International Affairs at the Kennedy School. He received bachelor’s degrees in medieval history and in physics from Yale University and a doctorate in theoretical physics from Oxford University, where he was a Rhodes Scholar. He has authored numerous scientific articles, government studies, and books.