Ashley Montagu, born Israel Ehrenberg in East London in 1905, was one of those rare men of learning who succeeded in making substantive scholarly contributions to their academic disciplines while at the same time maintaining contact with the educated layman, indeed contributing substantively to the latter’s learning. In addition, he was a dedicated and articulate social critic, concerned with bringing to bear the findings of the social and biological sciences toward the betterment of man’s lot, while subjecting some of those very findings to critical social scrutiny. His accomplishments in these three domains, the scientific, the public-educational, and the socioethical, will be treated as a unity in what follows, in accordance with what is evidently the spirit of the program that has guided his life’s work.

Although Montagu’s contributions span a variety of fields in the social and biological sciences—including work on problems as diverse as Australian aborigines’ concepts of sexuality and reproduction, the measurement of internal anatomical landmarks on the heads of intact living human beings, adolescent infertility in girls, the role of cooperative behavior in evolution, and the biological and cultural factors in aggression and in sex roles—his principal legacy will indisputably consist of his critical analysis of the concept of race.

The problem of race preoccupied Montagu from the beginning of his intellectual career, more than a quarter century before the 1954 U.S. Supreme Court desegregation decision in Brown v Board of Education of Topeka, which heralded the civil rights activism that has since followed in America. Montagu’s work played a role in that Supreme Court decision, as well as in shaping the social consciousness that ushered it in and has attended it ever since. If some of his ideas, as they are discussed below, appear to be relatively uncontroversial and a matter of common knowledge and assent, let it not be forgotten that that very knowledge and assent is in some measure due to the work and efforts of Montagu, and that he was also forcefully expounding those ideas at an earlier time, when they were far from accepted, and indeed being brutally violated on a scale unparallelled in human history .

Montagu’s papers on race in the late 1930s, culminating in his book Man’s Most Dangerous Myth: The Fallacy of Race and followed by a series of works, had the effect of upsetting the traditional concept of race accepted by most anthropologists in that it challenged the reality of anything corresponding to that notion. Montagu emphasized that gene-frequency analysis of traits would tell us more about the evolution of human populations, arguing that the omelet conception of racial mixing was totally artificial and did nothing to explain the origins and consequences of the differences between populations. Since men were all originally gatherer-hunters, wherever they were, the environmental challenges faced by different populations tended to be very similar; hence, one would not expect mental differences. This theory, as set forth in an article coauthored with the geneticist Theodosius Dobzhansky, subsequently became generally accepted by anthropologists. Montagu was also asked to draw up the United Nations Educational, Scientific and Cultural Organization’s Statement on Race in 1950.

In addition to his work on race, Montagu was among the first to present a number of views, since widely accepted, on such familiar social and psychological themes as aggression and war, social factors in crime, women’s rights, psychoanalysis and psychiatry in anthropology, love, home birth and prenatal care, AfroAmerican studies, sociobiology, birth order, privacy, and even smoking and natural foods. In these and other works Montagu was always a strong advocate of gene-environment interactionism, stressing that heredity is not biologically given in the genes, and that man’s constitution is a dynamic process arising out of the interaction between his unique experiential history and the constraints and potential encoded in his genetic material.

This interactionist stance allowed Montagu to be an effective exponent of the often polarized realms of cultural and biological anthropology. He could adduce evidence on behalf of the biosocial nature of man while at the same time showing the virtually limitless capacity of education and culture to shape that very nature. His interactionism attempted to reconcile these two poles, not only in terms of the history of the dual influences acting during one man’s lifetime, but also those in mankind’s evolutionary history. Montagu emphasized social cooperation and love as critical selectional factors in evolution—ideas that considerably predated the sociobiological preoccupation with altruism in the late 1970s.

Other works by Montagu had fewer social repercussions, but still represented important contributions to anthropology. “Coming Into Being Among the Australian Aborigines” is one of the classic works on this subject and continues to be a useful source, treating such topics as awareness of the facts of maternity and patemity and the significance of ritual sexual mutilation. This was not only a pioneer study which served to stimulate many students and research workers, but its approach systematized a field which, aside from Bronislaw Malinowski’s Sexual Life of Savages, had been only vaguely and poorly understood previously. In addition, Montagu’s work on the adolescent sterility period solved a perplexing problem encountered by many anthropologists—most notably by Malinowski in his studies on the Trobrianders—that although adolescent girls engaged in extensive premarital sexual relations, they rarely became pregnant. 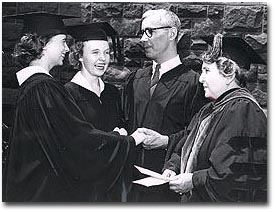 Montagu’s doctorate in anthropology was conferred by Columbia University in 1937. His early academic and intellectual background had been as richly varied as his later contributions. After a long-standing childhood interest in skulls, fossils, and medical matters, fostered by encouragement from the anatomist-anthropologist Arthur Keith, of the Royal College of Surgeons in London, Montagu enrolled at 17 years of age at University College London, for a diplomate in psychology, with a view to transfernng to anthropology. Montagu became Malinowski’s first student, and surely bears the latter’s imprint (along with an even stronger one, some feel, from his other great teacher, Franz Boas); but he soon diverged in favor of a strong biological orientation, particularly in matters pertaining to psychology. (Montagu was one of the first exponents of Sigmund Freud in anthropology, although he later became a critic of the psychoanalytic approach.)

C. Loring Brace, an anthropologist at the University of Michigan, feels that “Montagu has done more than anyone except Margaret Mead to bring the findings of anthropology to the attention of the public.” Weston LaBarre of Duke University describes him as “the most prolific and effective popularizer of humanistic subjects since H. G. Wells.” Not all anthropologists take such a favorable view of popularization, however, and this may have adversely affected Montagu’s own intradisciplinary popularity; yet more than one of his colleagues have suggested that this negative attitude may well reflect sour grapes.

Popularization has not been the only factor diminishing Montagu’s professional popularity. According to Marcus Goldstein of Tel Aviv University: “The reason for this, in my opinion, has been his forthrightness, his fearless and blunt attack on works and issues that he felt were scientifically wrong, and perhaps more important, were or could be socially harmful. Two examples come to mind. At one of the early meetings of the American Association of Physical Anthropologists, he sharply criticized Prof. E. A. Hooton’s work on a typology of U.S. criminals, a virtual return to Lombrosoism. One must remember in this connection that Hooton was the revered teacher of nearly all of the young physical anthropologists of the day! In a subsequent paper co-authored with Robert Merton, Hooton’s premises and methodology were systematically demonstrated to be invalid. At another meeting of the Association, Montagu proposed a motion to censure the German anthropologists who were patently misusing the discipline to conform with the vicious Nazi ideology. The motion was defeated, yet the following year the very man instrumental for its defeat proposed the same motion, which passed unanimously. ”

The final arbiter as to the value of popularization will of course have to be history. Whether in the mid- to later part of the twentieth century, with its unprecedently well-educated and well-informed general population and its pervasive and powerful communications media it was still possible for scientists, particularly social scientists, to pursue their research, particularly on socially sensitive or otherwise significant topics, without simultaneously assuming an advocates, or at least an exegete’s role vis-à-vis the educated populace, is an empirical question that only the actual turn of events can answer. In any case, it is clear that Ashley Montagu cast his lot with the new dual role of the social scientist, and fulfilled both aspects of it admirably.

The following article, published in The Christian Register issue of November 1952, is prefaced by noting that Ashley Montagu was responible for drafting the statement on race for UNESCO, 1949-1950. The article identifies Dr. Montagu as a member of the Princeton Unitarian Fellowship.

It is often urged that America owes its greatness to the spirit of competition which characterizes its citizens. “Rugged American individualism,” “the go-getter spirit,” and other such phrases, give implicit recognition to this idea. Commerce, it is said, through competition, is the life-blood of a nation.

These ideas, I am going to suggest, are erroneous, tragically erroneous. I am going to suggest that such greatness as America has achieved it has achieved not through competition but in spite of competition; that the life-blood of a nation is not commerce through competition, but social welfare through cooperation; that, indeed, commerce through competition can be the death of a nation, and that only through the dominance of the cooperative motive can any people or nation survive. Finally, that in a competitive society freedom of inquiry is not genuinely possible; that freedom of inquiry is proportional to the development of cooperation within any society, in which there is an absence of dictatorship of any sort, and the person is free to arrive at and express his own judgments without fear of punishment, and in the expectation of the desire in his fellows to understand.

In view of the fact that there exists, at the present time, a widespread belief in the innate nature of competition, that is to say, that competition is a form of behavior with which every organism is born, and that this is particularly true of man, it will be necessary to discuss such facts, with which scientific studies have recently acquainted us, which throw light upon this notion.