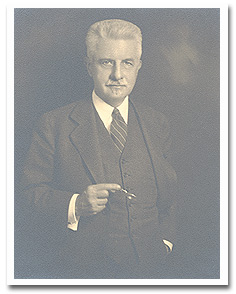 Tussling with the Idea Man

In photographs, Arthur Onken Lovejoy does not look playful. According to those who knew him, he was of slight build. But in a portrait from the Hopkins archives, he seems physically imposing.

An imposing figure, but one who wrote the following: “Whatever other definitions of man be true or false, it is generally admitted that he is distinguished among the creatures by the habit of entertaining general ideas.”

Lovejoy was an idea man. Ideas were his stock in trade, specifically ideas about ideas. Intellectual concepts have histories, and this is what fascinated him: how the great ideas developed and mutated and combined and recombined and coursed from century to century. He was an archaeologist of the intellect, digging for the foundations of Western thought. A physicist of philosophy (though his preferred analogy to science was as analytic chemist), seeking to reduce systems, creeds, and -isms to their fundamental particles.

Arthur Lovejoy was born in 1873 in Berlin, Germany, where his father was conducting medical research. When Lovejoy was 18 months old, his mother killed herself by an overdose of pills. Her husband responded by abandoning medicine and becoming a minister. He wanted his son to take a clerical collar as well, but Arthur was more interested in a rational basis for theology, what he termed “a quest for intelligibility,” so he studied philosophy and comparative religions at the University of California and applied the techniques of a historian to his intellectual pursuits. He was hired by Stanford in 1899 but quit two years later when the president dismissed Lovejoy’s colleague because the latter’s politics had offended a trustee. Harvard’s philosophy department wanted him, but President A. Lawrence Lowell blackballed him as a troublemaker. (Lovejoy would later co-found the American Association of University Professors, perhaps confirming Lowell’s worst fears.) Johns Hopkins University, apparently not so easily scared, hired him for its philosophy department in 1910.

Never married, he lived in a second-floor apartment in a house on 39th Street near the Homewood campus. Hopkins humanities professor, Richard Macksey, who knew him in his later years, recalls, “It was the quintessential bachelor scholar’s establishment with books all over the place. I could never figure out if he ever went to bed because the bed was completely covered with books. I think he slept in his chair.”

Lovejoy was a philosophy professor but didn’t like what he considered artificial disciplinary lines. So he founded his own Hopkins interdiscipline, the history of ideas. His colleagues George Boas and Gilbert Chinard made their own significant contributions as Hopkins became known as the center of this sort of historical philosophical thinking. 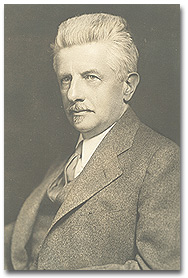 When Lovejoy looked at ideas, he saw aggregates. He believed that philosophical systems, political creeds, and big ideas about life and God and meaning all could be disassembled by a Lovejovian historian into building blocks that he called “unit-ideas.” These units, he said, were passed down and used in new combinations by generation after generation of thinkers. He wrote, “… Most philosophic systems are original or distinctive rather in their patterns than in their components.” That is, past a certain point in history there were no new fundamental ideas, just new ways to combine these unit-ideas. To tease out constituent units and understand their recombinations, the historian had to surmount disciplinary boundaries because ideas don’t care about academic disciplines. They go from astronomy into poetry, from theology into politics into literature.

In his most famous book, The Great Chain of Being, he examined the idea, derived by the Neoplatonist philosopher Plotinus from Aristotle and Plato, that all of creation forms a chain. The chain includes all that could possibly exist, starting with God, in an infinite series of forms, each of which shares at least one attribute with its neighbor in the chain. Lovejoy traced this idea through 2,000 years of intellectual history, demonstrating its influence on thought in the West. He follows parts of the Great Chain conception through Augustine, Thomas Aquinas, Roger Bacon, Liebniz, and Spinoza, pausing along the way to discuss Copernican astronomy and Kepler.

An important aspect of Lovejoy’s work was his examination of how the meanings of words changed over time, and the effect those changes had on ideas. He’d take “nature” or “romanticism” and demonstrate how people used these terms without being fully cognizant of the ambiguities caused by shifting definitions. Lovejoy once subjected himself to interrogation by the Maryland Senate, when he’d been nominated for the state’s educational board of regents. A legislator asked Lovejoy if he believed in God. George Boas recalled, “I am reliably informed that in reply Lovejoy developed at length 33 definitions of the word God, consuming 15 1/2 cigarettes meanwhile, refusing to be interrupted or ruffled, and ended by asking the committee member which of these meanings he had in mind when putting the question.” As the story goes, no one felt inclined to ask him another question, and Lovejoy was confirmed. Unanimously.

The history of ideas as conceived by Lovejoy was a methodology that required the contributions of scholars throughout the university. If you want to understand the thinking of Milton, said the professor, you’ll have to venture into the history of science, because in the eighth book of Paradise Lost, Adam and the archangel Raphael engage in a discussion of 17th-century theories of astronomy. Be unfamiliar with the ideas of Copernicus and his successors and you will not understand Milton’s references, or where his thinking came from. And if you really want to unravel all the ideas and influences expressed by Milton, he said, you need scholars of English, classics, the writings of the early Catholic Church, rabbinical and other Jewish literature, French and Italian literature of the 16th and 17th centuries. Plus a historian of science, a medievalist, a philosopher, and a historian of early Protestant divinity. 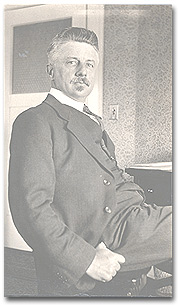 Lovejoy knew right where to go for such a collection of scholars. In 1923, he and colleagues founded the Hopkins History of Ideas Club. The club was for “the historical study of the development and influence of general philosophical conceptions, ethical ideas, and aesthetic fashions, in occidental literature.” Meetings were open to anyone. You needn’t be a Hopkins professor. You needn’t be a professor at all. Graduate and undergraduate students were welcome. Six times a year, participants would assemble in Room 110 of Gilman Hall and listen while a scholar read a new paper. Then the real fun began, as Lovejoy would lead the audience in probing, augmenting, and disputing the author’s scholarship. The meetings drew writers, historians, philosophers, biologists, political theorists… Anyone who thrived on scholarly dialogue.

In the October 1962 issue of Johns Hopkins Magazine, Dorothy Stimson, a professor emeritus from Goucher College, recalled meetings at which 70 people would “sit in the smoke-filled air, listening with more or less interest to a scholarly paper read often nervously by even the most experienced of renowned scholars. Then they would resettle themselves in the stiff chairs to await the opening of the discussion. What would Professor Lovejoy say?”

Macksey recalls an elderly Lovejoy who still enjoyed the fray: “He was a very bristly, independent mind. On occasion he really wandered, but on other occasions he could be quite fierce. It was entirely intellectual. I never had any sense of personal polemics. But it was something one always had to warn speakers about, that they would find this elderly man taking quite a bit of time to get a cigarette into his cigarette holder, and then he would ask a question, and it might come from anywhere on the map. He was someone who saw the intellectual life as a tussle. There were occasions at the club where the speaker figured if he’d gotten past Lovejoy’s question, things would get a little smoother. George Boas could be quite sharp, but he had a very different personality. George was elegance itself, with sort of a Mozartian lightness and spirit. You didn’t know you were being cut up. When you were cut up by Lovejoy, you knew it.” 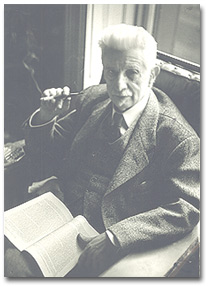 Over the last several decades, his ideas have been contested, as he surely would have expected and welcomed. Some of his critics have argued, as Macksey puts it, “that the unit-idea was something that existed in the minds of certain investigators rather than in reality.” Macksey believes that in the history of ideas, Lovejoy’s greatest contribution was his method. “Even during a later period when people said, ‘Wait a minute, we don’t quite buy into this unit-idea notion,’ [Lovejoy’s work] catalytically became a source of new work. Where is the history of ideas today? I think that in many ways some of the issues are still very much debated, though later generations probably lack the assurance of Lovejoy and the integrity of his method. But the issues are still alive and being debated and that would have satisfied Lovejoy.”

Robert Grudin, formerly of the University of Oregon and author of the book On Dialogue: An Essay in Free Thought, notes, “You can imagine the enormous power and value that’s been added by the [dialogic capabilities of] the Internet over the last 10 years. If a similar revolution could take place within the disciplines of a university”—if they could return to Lovejoy’s interdisciplinary ideal—”universities would be much more effective places both for scholars and for students.”

Arthur O. Lovejoy, professor of history at Hopkins from 1910 to 1939, is credited with the introduction of the interdisciplinary academic area known as the history of ideas. He founded the Journal of the History of Ideas and established the Hopkins History of Ideas Club. Professor Lovejoy was the first chairman of the Maryland chapter of the American Civil Liberties Union, and his opinions often appeared in the editorial pages of the Baltimore Sun. He also was a founder of the American Association of University Professors and a strong proponent of the right of faculty members to teach unencumbered by ideological restrictions.

Perhaps the most impressive demonstration of the history of ideas movement is the publication of Philosophers Speak of God, by Charles Hartshorne and William L. Reese, published by the University of Chicago Press in 1953. The book grew from a course entitled “Ideas of God in the Great Systems” taught by Lovejoy’s fellow Unitarian, Charles Hartshorne, to students including William L. Reese, who elicited his professor’s interest in coauthoring the book. This history of ideas not only includes a systematic classification of ideas of God but a presentation and critique of theistic and atheistic ideas throughout history in both the East and West.

Lovejoy, Arthur O. The Great Chain of Being: A Study of the History of an Idea. Cambridge: Harvard University Press, 1970.