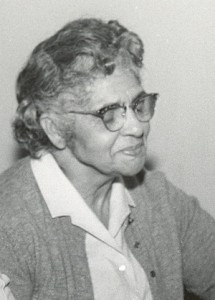 Annie Bizzell Jordan Willis was born on May 30, 1893 in Louisburg, North Carolina. Her father, Joseph Fletcher Jordan, was a Presbyterian minister, but he had doubts about the doctrine of eternal punishment. When Annie was seven years old, he left the Presbyterian ministry; two years later, he found a home in Universalism and became one of the first African American Universalist ministers.

When Annie was eleven years old, the Jordan family moved to Suffolk, Virginia. There they took over the Suffolk Normal Training School (SNTS), a black Universalist mission school. Young Annie began work as a teaching assistant at the school and became active in the Young People’s Christian Union (YPCU). The Jordans saw the YPCU as a powerful vehicle for converting young black people to Universalism and integrating all-white national church conventions.

Annie attended the Norfolk Mission College where she met Richard L. Willis, who would become her husband. Annie and Richard married and settled in Norfolk, with Annie commuting from Norfolk to Suffolk to continue teaching at SNTS. In 1915, the couple welcomed a daughter, Dorothy, and in 1917, they moved their family to Suffolk. This solution was short lived, however, and Richard chose to return alone to Norfolk. This distance caused tension in Annie and Richard’s relationship. Richard later enlisted in WWI, placing even greater distance between he and Annie from which their relationship would never recover.

Throughout these difficult years in her family life, Annie remained steadfast as a teacher at SNTS. During this period, SNTS also began to see changes in its denominational support and sponsorship. In 1917, the Universalist General Convention turned SNTS over to the National Sunday School Association (NSSA). The relationship between NSSA and SNTS was a positive and reciprocal one; the NSSA provided robust support and SNTS raised funds to support the Universalists. With this support, SNTS thrived and became a model for interracial education and understanding.

In 1929, Annie’s father became ill and died. With the Universalists’ blessing, Annie stepped into his role and became the superintendent of SNTS. As superintendent, Annie strengthened the Universalist missional focus of the school, even using a Universalist Sunday school curriculum to teach Friday classes. She was a balanced leader, encouraging to students yet firm in her discipline and commitment to anti-racism.

Through the Great Depression, Annie and SNTS provided much-needed resources to the Suffolk community. Over time, however, the needs of the community began to outgrow the capacity of the school and its staff. The institution of Universalism, too, was struggling. This season marked an unfortunate turning point for the school and its relationship to the denomination.

In response to this lack of resources, the Universalist leadership in Boston pushed Annie to shift the focus of SNTS from education to social service. Since public schools were providing integrated educational services by this time, the Universalists reasoned that social services would be in greater demand. Annie resisted this change and longed to preserve the school’s educational programs, but she eventually gave in.

The school was renamed the Jordan Neighborhood House and began providing social services such as pre-natal and well-baby clinics. The kindergarten remained, but the integrated educational offerings for which the school was known were greatly diminished.

With this change in focus also came a shift in authority for Annie. She no longer held the power to truly direct the Jordan House; instead, she was required to enact the direction of the Universalist leadership in Boston. Without perceiving it, the Universalist leadership had established a toxic relationship with Annie that reproduced the normative power relations of white supremacy. 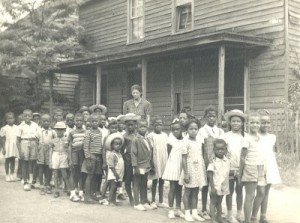 In 1949, the new Universalist Service Committee (USC) was granted jurisdiction over the Jordan Neighborhood House. They improved the relationship between the Universalists and Annie and invested in her staff and facilities. The USC also turned the focus once again to education— the Association of Universalist Women funded a co-director position to support the kindergarten, and the USC supported Annie in opening an integrated Head Start preschool program.

The Biography of Joseph F. Jordan