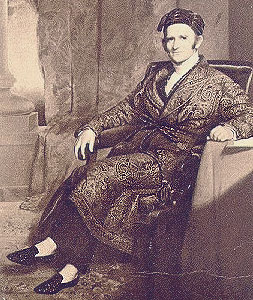 Amos Lawrence, American merchant and philanthropist, was a descendant of one of the first settlers of Groton, Massachusetts. After establishing his own business in Boston, he and his brother, Abbott, became partners of A. and A. Lawrence. Their firm did much to establish the textile industry in America. In 1831, Amos retired from active business, and Abbott was thereafter the head of the firm—the greatest American mercantile house of the day.

Deciding in 1842 not to add to his property, Amos became a benefactor of such educational institutions as Williams College, Kenyon College, and Lawrence Academy. He established the Boston Children’s Infirmary and aided the building of the Bunker Hill Monument.