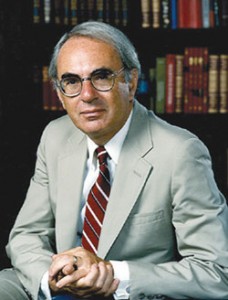 Allan Gotlieb was Canadian Ambassador to the United States from 1981 to 1989, Under-Secretary of State for External Affairs (1977-81) and Chairman of the Canada Council (1989-94). He is a Companian of the Order of Canada. Mr. Gotlieb is an honorary and former fellow of Wadham College and Visiting Fellow at All Souls College, Oxford. A former editor of the Harvard Law Review, Mr. Gotlieb was also William Lyon MacKenzie King professor at Harvard University.

—Courtesy of The Trilateral Commission