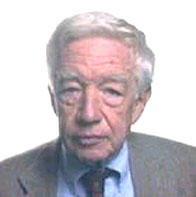 He was a research associate at the Massachusetts Institute of Technology during 1950-51, becoming an MIT professor in 1960. He was professor of history at Johns Hopkins University during 1963-71 and Director of the Center for Study of Recent American History from 1964 to 1971.

Chandler became Straus Professor of Business History at Harvard Business School in 1971 (Emeritus from 1989). He was visiting fellow at All Souls College in Oxford in 1975.

Official appointments included service as consultant to the U.S. Naval War College in 1954 and chairing the Advisory History Committee of the U.S. Atomic Energy Commission from 1969 to 1977. He was a member of the editorial team for the 11-volume Papers of Dwight David Eisenhower and four-volume Letters of Theodore Roosevelt. Chandler was a Guggenheim Fellow for 1958-59.

Chandler’s works include Leviathans: Multinational Corporations and the New Global History (2005), A Nation Transformed by Information: How Information Has Shaped the United States from Colonial Times to the Present (2000), and The Visible Hand: The Managerial Revolution in American Business (1977).

Inventing the Electronic Century: The Epic Story of the Consumer Electronics and Computer Science Industries