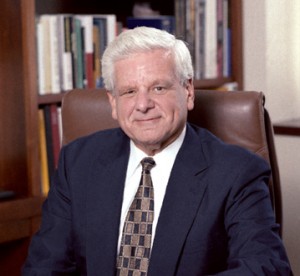 Albert Carnesale assumed the University of California, Los Angeles, top position on July 1, 1997, having come from Harvard University, where he served as dean of the John F. Kennedy School of Government and provost of the university. Under his leadership, UCLA has risen to the top tier of the nation’s research universities, competing successfully with elite private institutions that have greater resources from higher tuition, fees and endowments built over time.

An active teacher and lecturer, Carnesale holds professorial appointments in the School of Public Affairs and in the Henry Samueli School of Engineering and Applied Science at UCLA. He is the author or co-author of six books and more than 50 scholarly articles on subjects including the control of nuclear weapons and other weapons of mass destruction, international energy issues, and the effects of technological change on foreign and defense policy. Carnesale is a member of the American Academy of Arts and Science and the Council on Foreign Relations. He has represented the United States government in high-level negotiations on defense and energy issues, including the Strategic Arms Limitation Talks, SALT 1, with the Soviet Union.

—Courtesy of the UCLA News

Click here for supplemental reading about Albert Carnesale on Amazon.