John H. Morison, born in Peterborough, New Hampshire in 1808, was a graduate of Harvard College and Divinity School whose distinguished service as a Unitarian minister led to his being honored by Harvard University with the degree of Doctor of Divinity in 1858. Among the later descendants of this long notable family are three twentieth century brothers: Robert, Elting, and John. Each has made a contribution in separate fields of science, technology, and society in relation to practical affairs. Below we explore the life of Robert Swain Morison. 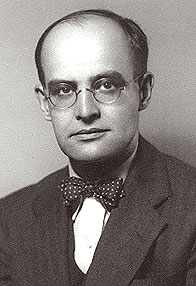 Robert, after graduation from Harvard and the Harvard Medical School in 1934 became a research scientist and then joined the Rockefeller Foundation where he became Director of Medical and Natural Sciences. He then moved to Cornell University where he established and headed their first Life Sciences Division, from which he retired to join the Program of Science, Technology and Society (STS) at MIT. While he was a distinguished college administrator, one of his principal interests was the study and discussion of the medical and scientific problems of the day such as public health, medical ethics, aging and death. He was, among other things, one of the founders of the Hastings Institute for Society, Ethics and the Life Sciences, a Trustee of the National Science Foundation and a member of the first General Motors Science Advisory Committee. As a scientist and teacher, he had an unusual capacity for absorbing complex technical and philosophical facts and ideas on a wide variety of subjects and then combining and translating them into essays or lectures that left his students excited and his colleagues fascinated by the depth of his knowledge and the clarity of his expression.

After attending the public schools in South Milwaukee and Milwaukee I went successively to Exeter, Harvard College and the Harvard Medical School receiving the M.D. degree in 1935. I then spent a year doing research and a small amount of clinical work at the Huntington Memorial Hospital in Boston. For the next nine years I served as a teacher on the staff of the departments of Physiology and later of Anatomy at the Harvard Medical School. Since 1944 I have been with the Rockefeller Foundation in New York City where I am Associate Director of The Division of Medicine and Public Health. In connection with this work I make frequent visits to centers of medical activity in all parts of the world and have covered much of Europe, Africa, Australia and New Zealand on various trips during the last two years.

My wife was born in Russia in one of the German Mennonite groups which had emigrated to that country to escape the increasing militarism of Prussia under Frederick the Great. After living through the difficult days of the Revolution she left Russia for Germany in 1927, where she supported herself as a technical assistant in various laboratories. In the early days of the Hitler period she left Germany for England and finally arrived in the U.S. on Nov. 11, 1935, where she worked as a research assistant in the labratory of Dr. Alexander Forbes in Boston.

The Biography of Elting Elmore Morison