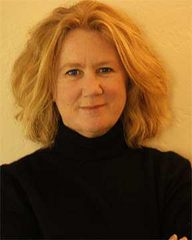 Near began singing during her high school years and was first involved with a local folk group. Following high school, she launched her professional career as an actress and performer, reaching Broadway in 1970. After performing in Hair on Broadway for a year, Near made the decision to turn her focus to musical activism. In 1971, she joined the Free the Army Tour, an artistic expression of the anti-Vietnam War cause.

In 1972, Near founded Redwood Records, becoming one of the first women to found an independent record company. At Redwood, Near continued her focus on politically conscious music, releasing more than 25 albums throughout her career.

In every season of her career, Near made strides for justice, particularly with regard to gender and sexuality. Her accolades reflect this groundbreaking work. In 1981, Near was one of the first out lesbians to be interviewed by People Magazine. In 1985, she was named woman of the year by Ms. Magazine. In 1996, she was the recipient of the GALA Choruses Legacy Award for her extensive contributions to the gay and lesbian choral movement. Then, in 2005, she was one of 1,000 women for peace nominated for a Nobel Peace Prize. Perhaps most notable is Near’s gift for weaving together her commitments to women’s rights, LGBTQ rights, and peacemaking efforts. 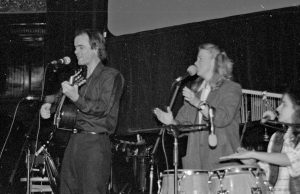 Holly Near performing in 1989.

In 2004, Near was also invited to address the Unitarian Universalist Association as its Ware Lecurer. She gave a lecture entitled “Harvesting Hope through Social Consciousness.” UUA President Bill Sinkford introduced the Ware lecture by listing some of the past lecturers including, “a poet who used music” to express a message of social justice, Malvina Reynolds in 1972. He listed “We Are a Gentle, Angry People” as one of the key songs which have spread through the Unitarian Universalist movement and “speak to our identity.”

In her lecture, Near spoke in story and song of her own personal history to “share some of the moments in my life that kept me an activist.” From the modeling of critical thinking and responsibility by her mother and father to her own overcoming of shyness and embarrassment to add her voice to opposition to the war during her college years, to a career in television (“The Partridge Family made me a feminist”), Near’s tales of earlier experiences were interwoven with songs, “Something Changes in Me” and “I Am Open and I Am Willing.”

In her Ware lecture, Near also spoke of how important it is to be able to look back and know that we did something of value. Sometimes, she said, she despairs, and then tries to practice remembering others who have been in trouble before us. “Survivors must wonder if there ever will be another day.” It’s important then to take action, one at a time, and hope that it will build, not knowing whether it will or not. “Let people in history look back at us and see what we’ve done”—but if that looking back is to happen, we have to do something now. The important question, Near said, is, “How do we stop the huge destructive corporate machine that is moving across our planet?”

After living in Southern California for much of her life, Near returned to her hometown of Ukiah, where she currently lives. There, she continues to write music, sing and perform, teach classes, and seek peace and justice for all.